“Small Medium Enterprises (SMEs) should innovate if they have to meet challenges both from within and outside of their organizations. Contributing to almost 17 per cent of India’s GDP, SMEs have a larger role to play and the government has recognized their status and contribution to capacity enhancement”, said Mr. Anant Sardeshmukh, Director General, Mahratta Chamber of Commerce, Industries and Agriculture in his keynote address, during the interactive seminar on ‘New Era for SMEs Innovative Policies to Tap Emerging Business Opportunities’ organized on 22nd April 2014 by WTC Mumbai and All India Association of Industries with Business Standard Limited. Mr. S.V. Joshi, Executive Chairman, Nichrome Packaging Solutions, while sharing his views elicited concern over VAT refund of SME exports, which is difficult to recover. He advocated assessment of refund by the government and give to SMEs their due share. He spoke about the constraint faced in approving the use of a technology and that production could not be halted on account of it. 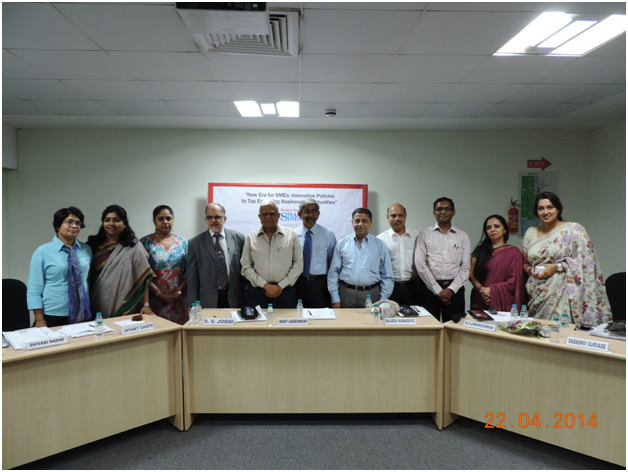 Mr. Rajeev Ranadive, Managing Director, Pixy Cars Pvt Ltd in his address spoke on the technology aspect of SMEs. He advocated that government should allot a certain fixed amount to SMEs for sourcing technology and ensure they get it after approval. On the part of the SME, he suggested that they should think beyond money and reduce dependence on technology. Mr. M.S. Unnikrishnan, Managing Director & CEO, Thermax Limited, optimistically opined that India would make SMEs at par with the rest and thereby choosing the German way over the Chinese in terms of government strategy preference. Explaining the importance of SMEs innovation, innovators should plan a strategy prior to availing opportunities. High net individuals could approach accredited engineering colleges who have created ideas for start ups and were on the lookout for investments. As part of the strategy, young innovators could apply for angel capital and even travel to exhibitions. Stressing on the importance of SMEs in an economy, Mr. Sadashiv Survase, General Manager, District Industries Centre, Pune said that, provisions were made in the New Industrial Policy for SME development especially in backward areas and also for all sectors across industries with star rating granted to them. Government would initiate implementation, facilitation and introduce single-window policies shortly to boost SMEs in the State.