Elaborating on the working of the project monitoring group Mr. Swarup said timely implementation of projects is the sole criteria of the group. For the purpose the group has adopted digitalisation by creating a national portal. The portal receives problems faced by the industry which is automatically sent across concerned Ministries. The transparent flow of information ensures immediate action on the part of the Government while restricting unfair practices such as corruption and ensuring accountability in the system. Also, the project monitoring group periodically meets central and state officials to discuss and disperse pending proposals. 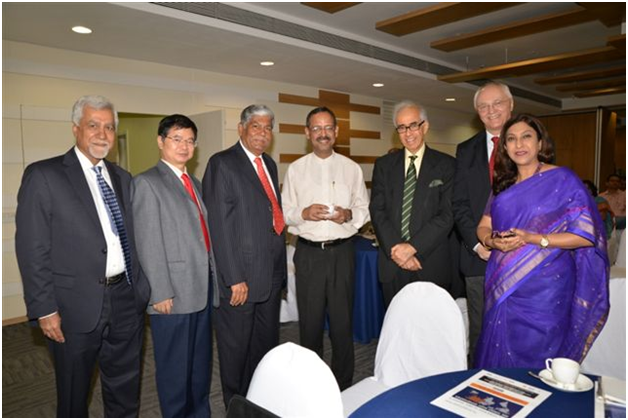 Enumerating on the future activities of the project monitoring group Mr. Swarup said firstly the group intends to form an interstate web portal to fast track state projects in the range of Rs 100 crores to Rs 1,000 crores. Secondly, an independent grievance portal for Ministry of Forestry has been created. Going forward, the group shall be replicating the same for Ministries of Environment, Mining and Coal. Mr. Swarup said that the Indian economy has been at a helm of global affairs with a new, promising and vibrant Government. India is a paramount importance for foreign investors. Displaying ease of doing business with India with an able and efficient IT application is the agenda for the project monitoring group.

Earlier, in his welcome remarks Mr. Vijay Kalantri, President, All India Association of Industries said that Indian administration is in the hands of a new and stable Government which has targeted high growth rates for the economy. The capital sparse Indian economy has huge potential for drawing investments in the sectors such as technology, health, education to name a few. Also, the economy looks forward to investing US$ 1 trillion in infrastructure sector. However, a major hindrance in the growth of the economy is that polices initiated by the Government do not percolate to the desk level. Hence, the setting up of the project monitoring group which stipulates timelines will go a long way in generating domestic and foreign investments for the economy.