“Afghanistan and India have enjoyed traditional ties in the spheres of politics, culture and social interaction. The need of the hour is to revitalize these relations by stepping up business ties. The two nations should look forward to sustainable and long term connectivity. Afghanistan pledges preferential treatment to Indian businesses in its economy for the same”, said H.E. Mr. Shaida Mohammad Abdali, Ambassador of Islamic Republic of Afghanistan during an interactive meeting on “Trade Opportunities in Afghanistan” jointly organized on 24th June 2014 by MVIRDC World Trade Center (WTC) and All India Association of Industries (AIAI).

Afghanistan has been a recipient of assistance in the sectors of capacity building, infrastructure, small and community based business projects and humanitarian assistance from India. Afghanistan intends to reciprocate the same by giving preference to Indian companies to invest in Afghanistan, Mr. Abdali added.

Elaborating on sectoral opportunities for India businesses Mr. Abdali said that the nation holds vast untapped mineral resources which may be tapped by Indian mining companies while also looking forward to investing in transportation, logistics, hotel industry, banking and textiles.

Thirdly, the economy of Afghanistan is home to 65% of population below the age group of 27 years with nearly 10 million youth in schools. Thus investment in education in Afghanistan is a vital importance to the nation.

Outlining prospects in agriculture Mr. Abdali said that nearly 75% of the economy of Afghanistan relies on agriculture for its livelihood. The prominent crops grown include fruits, nuts, vegetables, roots and tubers. However, it is estimated that the economy wastes nearly 30% of its agricultural production due to inadequate logistics and handling facilities. We invite Indian companies to invest in the agricultural sector to assist in better packaging and handling.

Further, Mr. Abdali said that the development of the Chabhar port will bring India and Afghanistan in close proximity. The progress of the Chabhar port which serves as a link between Central Asia and South Asia has been fast paced. Once the port commences operations it will serve base for transporting goods back and fro between the nations. A trilateral draft agreement between India, Iran and Afghanistan on the usage of the port is in process.

There lies immense scope for enhancing business ties in the sectors of textiles, chemicals, pharmaceuticals, information technology, engineering, automotive, etc. Indian investments in Afghanistan are forth coming given the favourable logistical placement, huge energy resources such as electricity and favourable relations with economies in proximity, Mr. Kalantri added. 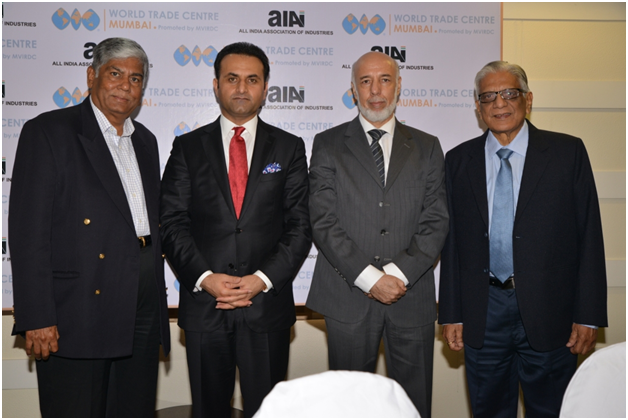