Mumbai, July 15, 2016: While lauding the recent amendments to the Indian Arbitration and Conciliation Act 1996, prominent legal experts called on the government to clear many ambiguities that is often leading to conflicting judgments and delays.

The experts were speaking at an interactive session on “Emerging trends in International arbitration” hosted by the World Trade Center Mumbai today. This was the fifth in the series of ‘Make in India’ events hosted by WTC Mumbai.

Kicking off the debate, Lomesh Kiran Nidumuri, Partner, IndusLaw said that India can become a hub for international arbitration if our arbitration system is more robust. “Our laws and judiciary should be in tune with the global arbitration system, our judges need to be sensitised and there should be transparency in the way we resolve disputes,” stated Nidumuri. 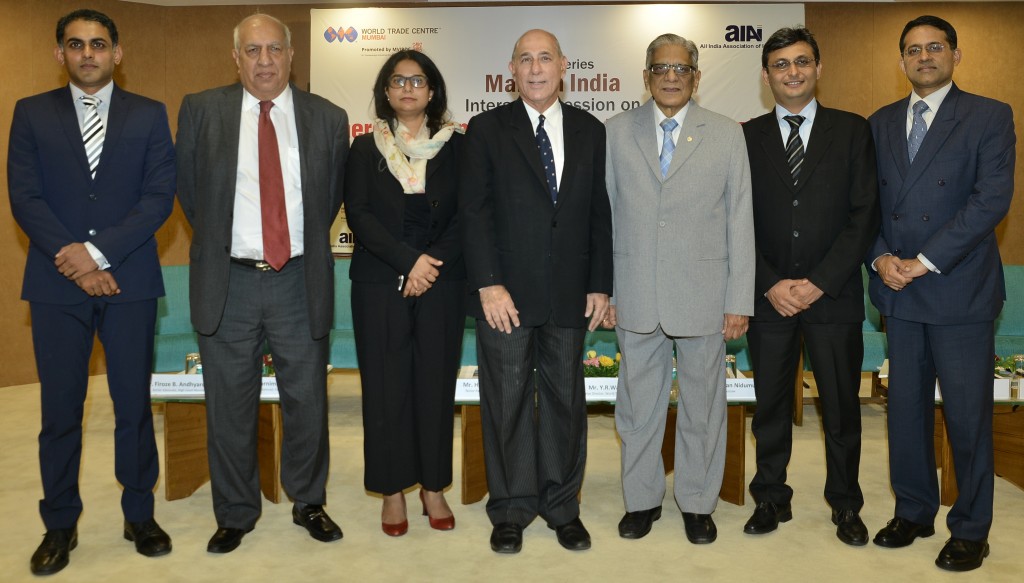 He pointed out how lack of clarity on many amendments is creating confusion in many sections of the amended law. “For example, the fees of the arbitrator are capped, but many states have not formulated the rules. The debate on prospective vs retrospective rages as two benches of one court has given two contradictory verdicts. The Supreme Court must take a view on this as this is a big concern for the foreign investors,” added Nidumuri.

Commercial courts can tackle commercial matters between parties in the absence of arbitration clause and it is a fast track option, felt Firoze B Andhyarujina, senior advocate, Mumbai High Court. “Indians have an indigenous method of doing things. Parties agree for arbitration and then challenge it itself! People constantly question the jurisdiction and many a times the arbitrator himself can be thrown out,” he pointed out.

It is time India uses technology to speed up arbitration processes. “Online communication and exchange of documents must be done as it is adopted globally. Also, the writing of the clause of arbitration is very important as it is the fertile area of dispute,” opined Poornima Hatti, Partner, Samvad Partners. “Keep the draft simple – clarity on seat, sole or panel of arbitration is key. Mediation is widely used in Singapore, in which parties solve their disputes by consensus,” Hatti added.

India can become a global arbitration hub, if we maintain consistency and choose institutional framework over ad hoc mechanism, stated Vyapak Desai, Partner, Nishith Desai. “Emergency arbitration is one area we have refused to acknowledge though the Indian courts have not completely disregarded it,” he stated. Multiplicity of laws is biggest concern for India, he added.

“E-discovery is a game changer,” proclaimed Jayesh H, founder, Juris Corp. “Any data, which could be denied in discovery, can be retrieved using recovery software,” he told the audience. “But E-discovery is not a search and seizure process. If handled well, it can expedite dispute resolution,” he explained.

Hot tubing – a concurrent evidence process, in which arbitrators ask questions to the experts on both sides together, narrows down the point of differences and can search truth soon. “Common ground comes naturally to the experts. E –discovery is all about technology and can be an effective tool,” said Jayesh H.

India has to make some crucial decisions in the growing arbitration field to remain competitive and the presence of foreign lawyers in cases is now inevitable, felt Hiroo Advani, Senior Partner, Advani & Co. “The foreign lawyers will come here, maybe in phased manner or as part of some joint venture. Similarly, third party funding for arbitration will also come in India. These are agencies funding the entire process – lawyers, venue cost in return for 25 per cent of the actual recovery. Of course, this has to be balanced by rules," he explained.