“There is great opportunity for promoting creative industries in various sectors from tourism, Medical healthcare, Bollywood and technology sectors besides financial services and Innovation & technology in Cyprus,” said H. E. Mr. Nicos Anastasiades, President of the Republic of Cyprus while addressing the banquet organised in his honour by the All India Association of Industries (AIAI) and the World Trade Center Mumbai.

Mr. Anastasiades said Cyprus will offer various incentive and conducive atmosphere to promote this sectors to the investors who are looking forward to establish bilateral trade relations with Cyprus in this sectors said His Excellency.

Mr. Anastasiades further emphasized Cyprus is a hub for financial services and added that his Government is looking to expand this to various other sector and are keen to create opportunities of Investments. Cyprus has 10thlargest shipping industry in the world. Cyprus is working on to establish air connectivity Cyprus is eighth largest investor in India with an investment of nearly USD 9 billion during 2000-2016. India and Cyprus have revised their Double Taxation Avoidance Agreement to boost investments.

H. E. Mr. Anastasiades said, “Cyprus is all set to extend assistance to India in improving the business environment between the two countries. We want to unlock the potential relationship by rebooting an age-old relationship in the wake of strengthening economic relations. Joint efforts of government together with trade and industry will facilitate bilateral trade and increase co-operation in fields of interest such as information technology, shipping, tourism, health care and even space technology.

Mr. Kamal Morarka, Chairman of the World Trade Center Mumbai in his welcome address said “The historical and economic legacy of India-Cyprus relationship remains strong”. The statistics of the economic ties is impressive and is likely to grow exponentially in future. In India an avenue in New Delhi is named after the First President of Cyprus Archbishop Makarios and in Cyprus the Government installed a bust of Mahatma Gandhi in the Nicosia Municipal Park near the Parliament House, which is the only bust of a foreign leader in the park, which shows India’s strong ties with Cyprus.

The recent economic reforms have led India to become the bright spot in global economy and with the Government’s continuous efforts in improving ‘Ease of doing business’ lot of investment opportunities have emerged in last few years.”

Mr. Morarka further added that the reforms in fiscal and investment facilitation policies are transforming investment scenario in India and it is an opportune time to invest in this liberalized investment scenario. He expressed optimism that exchange of Culture and Business delegations will enhance bilateral relations and will enable India and Cyprus to explore areas of cooperation.

During this occasion, AIAI and WTC Mumbai signed Memorandum of Understandings (MOU) with the Cyprus Chamber of Commerce and Industry to strengthen economic and trade relations between both the countries.

The Cypriot government is also keen to invite Bollywood producers to shoot their movies in the country. While proposing the ‘Vote of Thanks’, Mr. Vijay Kalantri, President, All India Association of Industries said, “The bilateral trade between India and Cyprus stands at USD80 million annually. We could further explore opportunities specifically in exchange of high-technology along with creative and film industry. It offers scenic beauties and is a premier location after Switzerland.”

Mr. Kalantri further added that Cyprus is an ideal gateway to Europe and with its tax friendly policies and investment incentives. Mr. Kalantri urged Indian Business leaders to create facilities thereby making Cyprus the most favourable business hub due to its strategic location in Europe. He concluded that AIAI and WTC Mumbai would play pivotal role in promoting Cyprus as the business destination to Indian businesses vis-à-vis from Cyprus to India. 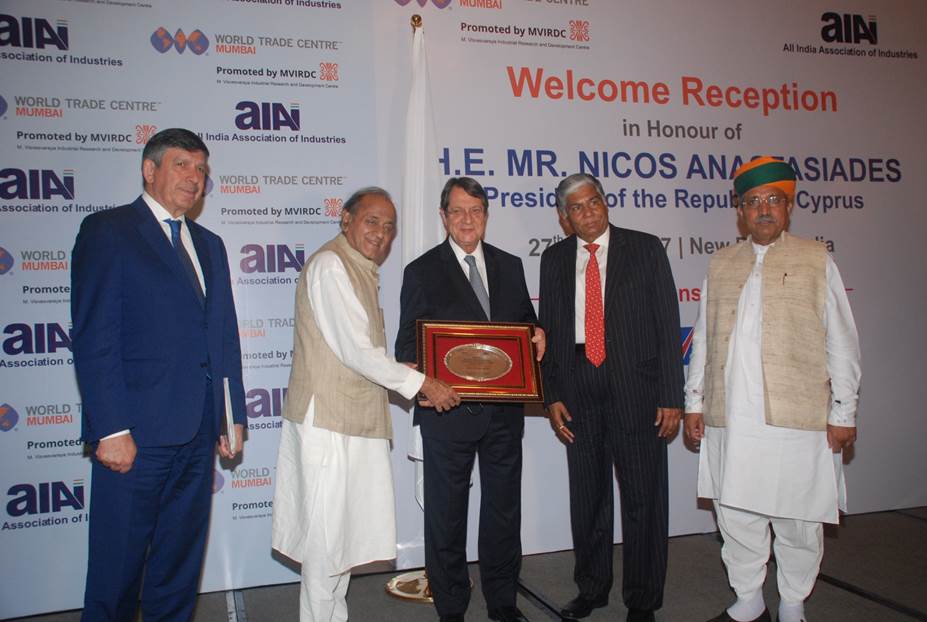 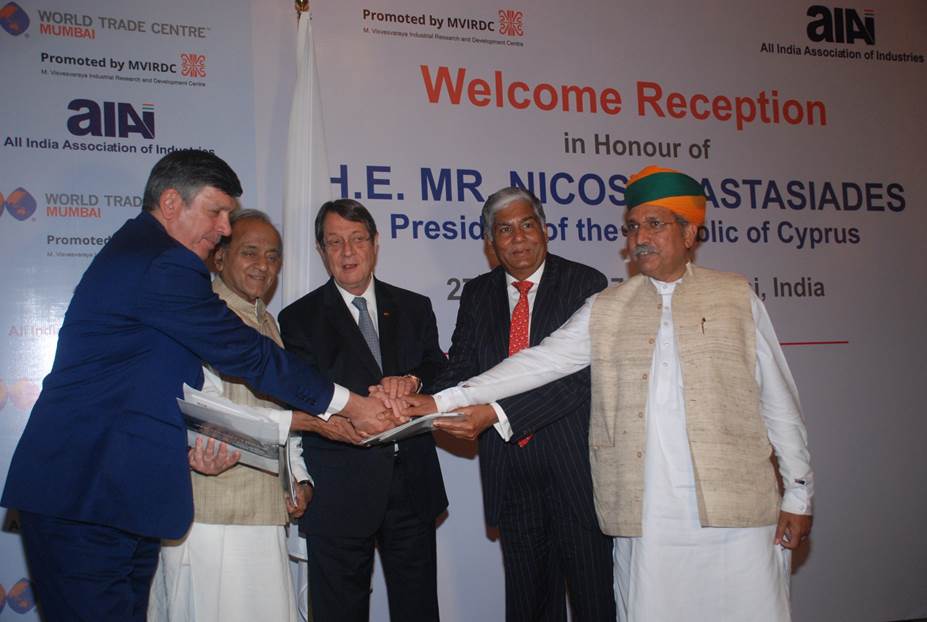