“I encourage micro, small and medium enterprises (MSMEs) to be more creative and more innovative by reaping the benefits of latest improvement in India’s patent system. The system has reached at par with the developed economies. From May 16, 2016, Government of India introduced scheme of ‘Expedited Examination’ for start-up enterprises under which patent application can be examined immediately. In case of trademarks, the trade mark registry takes up the application for examination within 30 days, which is far lower than 6 months in Japan and 3 months in USA,” Shri O.P. Gupta, IAS, Controller General of Patents, Designs & Trade Marks, Mumbai during an interactive meeting on Patent Cooperation Treaty which was jointly organized by World Trade Center Mumbai and the All India Association of Industries.

In his presentation, Mr. Vijay Doye, Assistant Controller of Patents & Designs, Mumbai encouraged MSMEs and individual inventors to file patent application under Patent Co-operation Treaty (PCT) if they wish to protect their invention in multiple countries. “PCT is an international filing system for patents across 152 contracting countries including India. Filing PCT international application has several advantages over traditional Paris Convention route. Some of the advantages of the PCT are increased availability of time to decide on patentability, availability of international search reports and written opinion on patentability and simplified formality requirements, among others. The number of annual PCT applications with India as a receiving office has increased to 753 in 2016-17 from 684 in the previous year.” said Mr. Doye.

Mr. Doye also advised MSMEs and individual inventors to file application online through E-PCT, instead of paper mode, to get reduction in international filing fee.

Earlier in his welcome remarks, Mr. Vijay Kalantri, Vice Chairman, MVIRDC World Trade Center Mumbai and Director, WTCA Board, N.Y. and President, All India Association of Industries (AIAI) said, “Innovation is the order of the day. Whoever creates innovation must get protection through patent system. As such, Patent Co-operation Treaty is a very useful to protect invention, especially for small and medium enterprises. India’s Patent Office must set up a cell to guide MSMEs on the procedures for filing patents. The cell must also create awareness about patenting among small and medium enterprises.”

The event was well attended by entrepreneurs, consul generals and officials from micro, small and medium industries and independent inventors. Ms. Rupa Naik, Director-Projects, World Trade Center Mumbai proposed the Vote of Thanks. 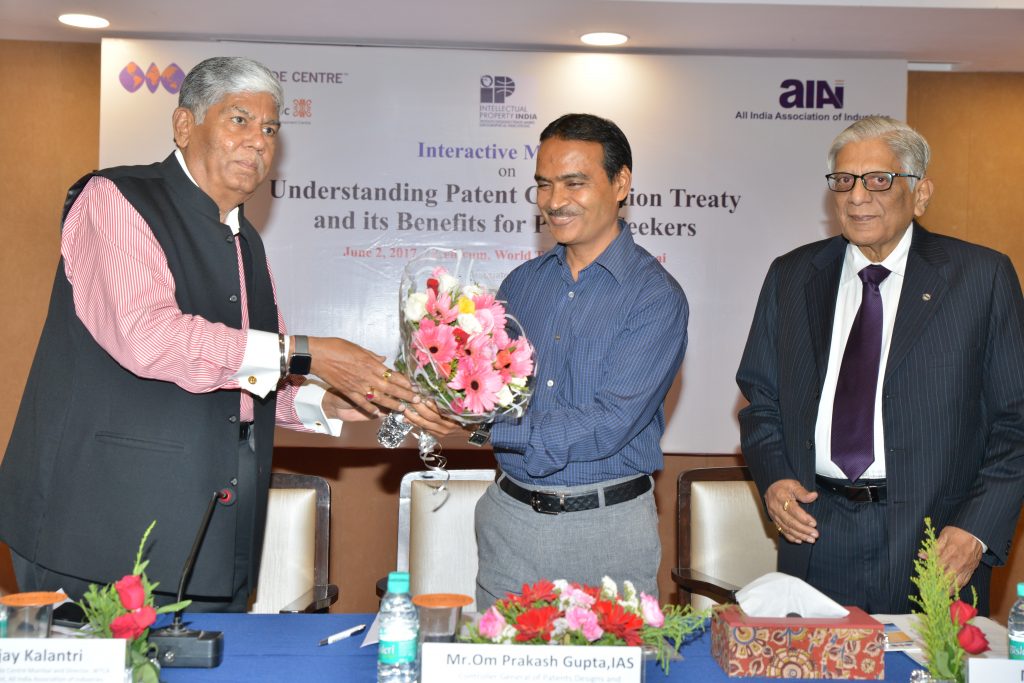