“Government of Georgia has signed an air service agreement with the Indian Ministry of Civil Aviation to connect six Indian cities with the country. Soon, we would meet Indian airline companies to launch flight services between both the countries,” said H.E. Mr. Archil Dzuliashvili, Ambassador of Georgia to India during a meeting with World Trade Center Mumbai and All India Association of Industries.
The Ambassador also informed that India-Georgia economic relationship will expand manifold in the near future as both the countries are conducting feasibility study to sign free trade agreement (FTA). “Within six months, the report of the study would be ready and we would launch formal negotiation for the agreement. Georgia already has an FTA with the European Union and it has initiated discussion on FTAs with USA and Canada,” the Ambassador added.
Indian companies can invest in Georgia and make it a gateway for their entry into European Union. Georgia is located at the crossroads of Western Asia and Eastern Europe. It is establishing Rail / Road connectivity with Bulgaria, Romania and other neighbouring countries in the Black Sea. Countries in the Black Sea region are emerging destination for trade and investment to make Georgia, an International Trading hub.
Earlier in his opening remarks, Mr. Vijay Kalantri, Vice Chairman, World Trade Center Mumbai said, “Currently, the annual bilateral trade between India and Georgia stand at USD 107 million and I expect it to grow higher and faster in the next five years. In order to enhance the trade ties between both the countries, World Trade Center Mumbai would lead a 30-member business delegation representing sectors such as food processing, pharmaceuticals, hospitality, real estate, solar energy, tourism, healthcare, shipping and logistics, tea and entertainment to Georgia in September 2017.”
Mr. Scott Ferguson, Chief Executive Officer, World Trade Centers Association (WTCA), New York, suggested that Georgia must set up a World Trade Center in a leading commercial city in order to catalyse trade and investment. This would place Georgia on the global map for trade and commerce. It will also encourage other neighbouring countries to set up World Trade Centers in their regions.
The meeting was also attended by Mr. Satinder S. Ahuja, Hon. Consul, Consulate of Georgia in Mumbai were also present on the occasion. 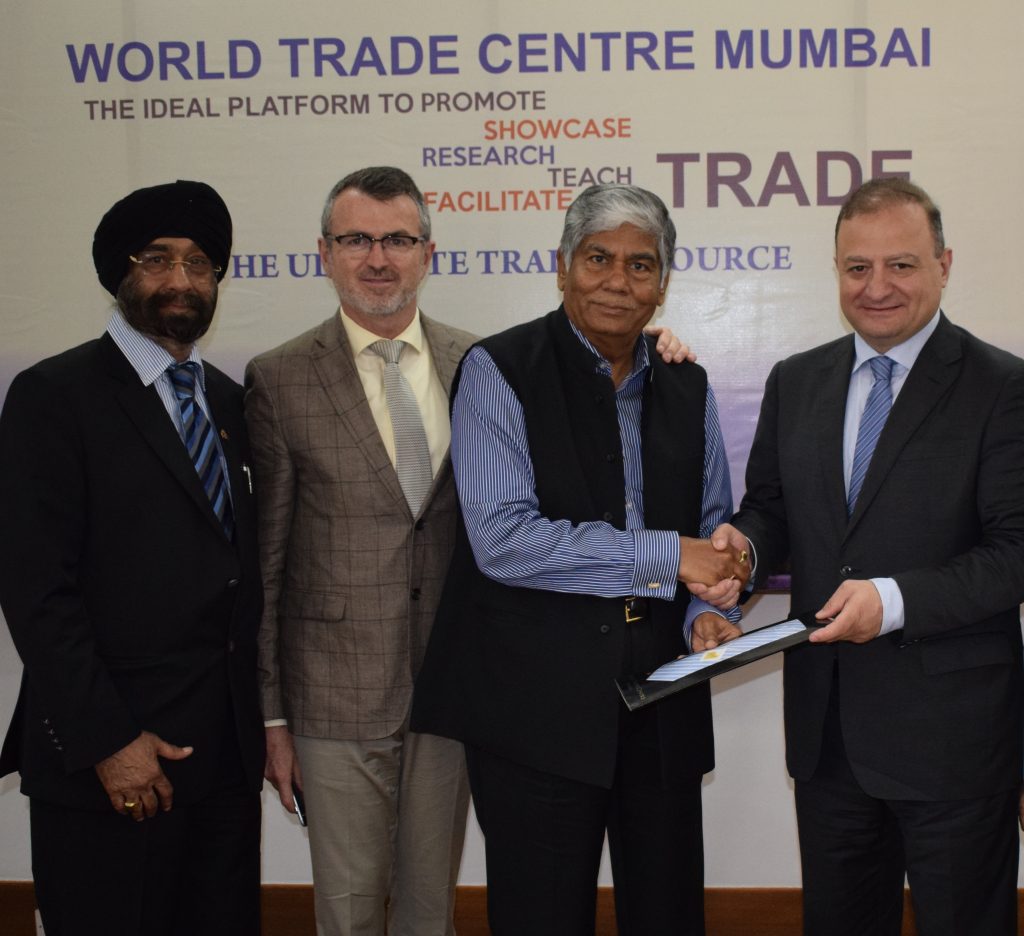