“India and South Africa cherish historical relationship dating back to the colonial days. Our freedom struggle was inspired by the teachings of India’s Father of Nation Mahatma Gandhi. The year 2018 marks the 125th year of the Pietermaritzburg railway station ‘incident’ involving Mahatma Gandhi. We would like to take forward this historical relationship. Even though South Africa is a small country, we have something to offer to our big brother, India,” said H.E. Dr. H N Manzini, High Commissioner-Designate of the Republic of South Africa in India at an interactive meeting with World Trade Centre Mumbai on October 4, 2018.

This is the maiden visit of H.E. Dr. H N Manzini to Mumbai after being appointed High Commissioner of the Republic of South Africa in India.

H.E. Dr. H N Manzini further remarked, “Economic diplomacy with India is the major focus area of Government of South Africa. We want to learn lessons from India, which is the fastest growing economy in the world. We invite Indian companies to participate at the President Global Investment Summit to be held in South Africa on October 26, 2018. The Summit will have representatives from all the countries including the BRICS members.”

In order to promote trade and investment, Mr. Mallick suggested both the countries to restore direct air connectivity, which was suspended a few years ago.

Earlier in her welcome address, Ms. Rupa Naik, Senior Director, MVIRDC World Trade Centre Mumbai said, “South Africa is the second largest trade partner of India in the African continent after Nigeria. Today, the bilateral trade volume stands at USD 10.66 billion and I hope this to double in the next three years under the leadership of H.E. Dr. H N Manzini.

Ms. Naik highlighted the potential for enhancing bilateral cooperation in the services sector viz. tourism and financial services. Ms. Naik also suggested promotion of trade among women entrepreneurs in both the countries.

Ms. Naik invited H.E. Dr. H N Manzini and business delegates from South Africa to participate in World Trade Expo 2018 at the end of October 2018 and the 8th Global Economic Summit, which is scheduled in March 2019. 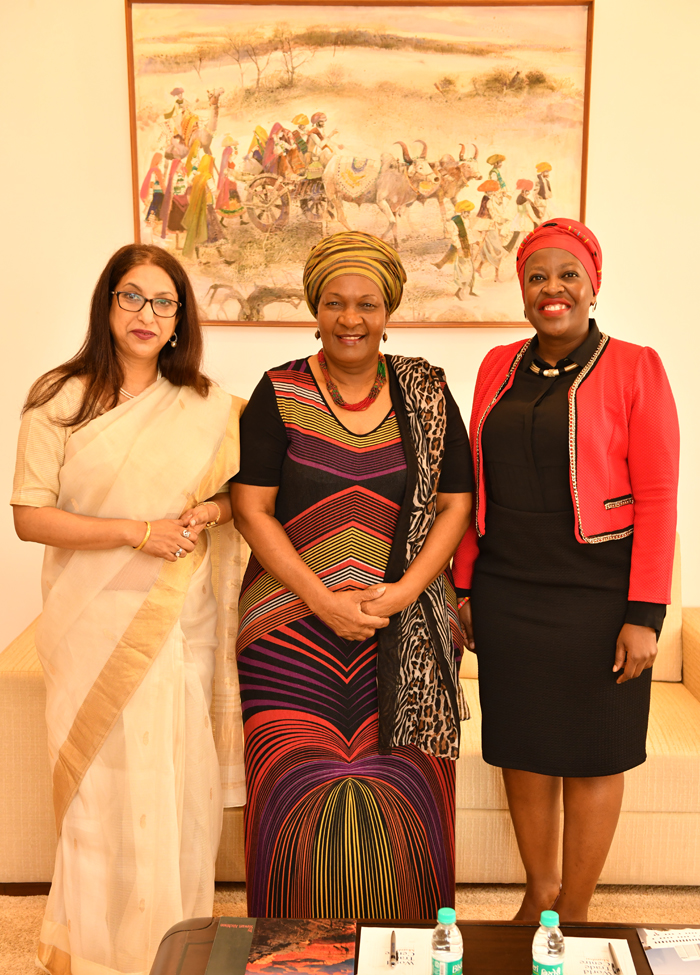