“India with large skilled workforce, ability to adapt new skill-sets, highly-technology driven country and openness to exchanges of business ideas provides opportunities of cooperation between Estonian and Indian entrepreneurs in Information Communication Technology (ICT), e-governance development space and cyber security. My maiden visit to India has helped me in understanding the entrepreneurial and innovative spirit and I am hoping to come back with a business delegation shortly”, said H. E. Ms. Urve Palo, Minister of Entrepreneurship & IT, Republic of Estonia during an interactive meeting organised in her honour by World Trade Center Mumbai in association with EXIM Bank, EAS and the Embassy of Estonia in India at WTC Mumbai.

Minister Palo was on her maiden visit to India travelling to Delhi, Chennai and Mumbai. She added that with rapid economic progression in last 2 decades, Estonia is now considered to be one of the most digitally-advanced societies as it has gained modern digital skills, infrastructure, progressive government policies and technology driven private entrepreneurship. One of the most popular software applications Skype was cofounded by 3 Estonian software engineers is testimony to this. In the index of economic freedom Estonia ranked 6th place, having a competitive tax system which is best among OECD countries, GDP of 5 per cent (among other EU countries). Estonia’s e-services are transparent and conducive to businesses and public systems (eg. banking, medical, voting, signing of documents etc.) which are attractive to businesses globally. As a result of its e-services, the Estonian government has been able to save 2 percent of GDP per year. This was possible since her government is at the forefront of development which received great support from Estonian companies. 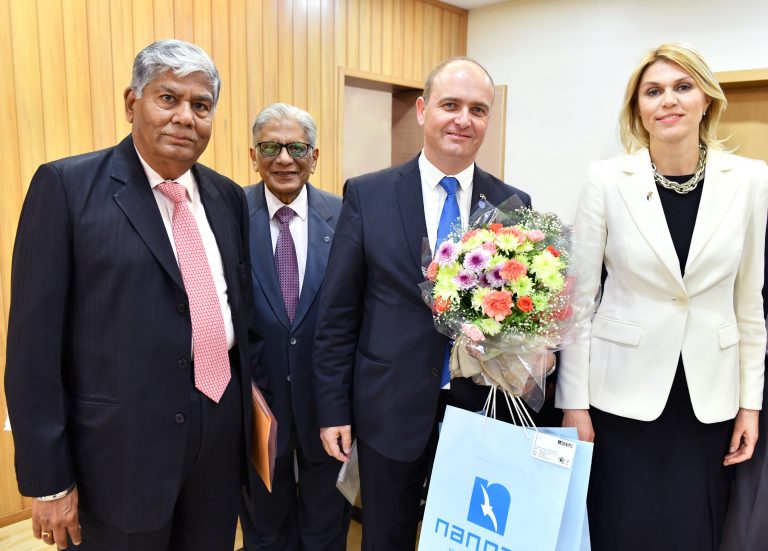 Minister Palo introduced Estonia’s e-residency which is the first-of-its kind programme and invited Indian entrepreneurs to sign up for it. E-residency holders can gain access to e-governance services of Estonia and conduct their business without visiting the place and likewise Estonian businesses can gain business opportunities from e-residents. It also gives access to the European markets. So far 30,000 e-residencies have been issued from 150 countries and from India alone there are 1000 being issued. She further stated that Mr. Mukesh Ambani, Chairman, Reliance Industries Ltd. is one of the proud recipients from India. Estonia also attracts nearly 40 million tourists with a growing number of Indian tourists.

Earlier in the welcome address, H. E. Mr. Riho Kruuv, Ambassador of Republic of Estonia to India acknowledged the importance of India’s IT sector and suggested to have fruitful tie-ups with Estonian companies to establish a strong synergy that will boost bilateral relations.

Captain Somesh Batra, Vice Chairman, MVIRDC World Trade Center Mumbai summed up the interactive meeting by proposing the vote of thanks. Captain Batra said, ”Estonia is a fantastic country to do business in the Baltic region. It is a ‘Jewel in the Crown’. It is strong in IT, has a simplified tax structure, commands quality products and has a well-balanced economy with no debt. In the ease of doing business, the country is ranked among the top 20. Estonia is home to deep water draught ports. Digitisation of e-governance is remarkable and Indian businesses must take advantage and seek fruitful collaborations in this area with their Estonian counterparts”. Captain Batra also suggested Estonia to explore education linkages with Indian schools, colleges and universities.

The event concluded with more than 100 pre-arranged business-to-business meetings between the high-level business delegation and trade and industry representatives. 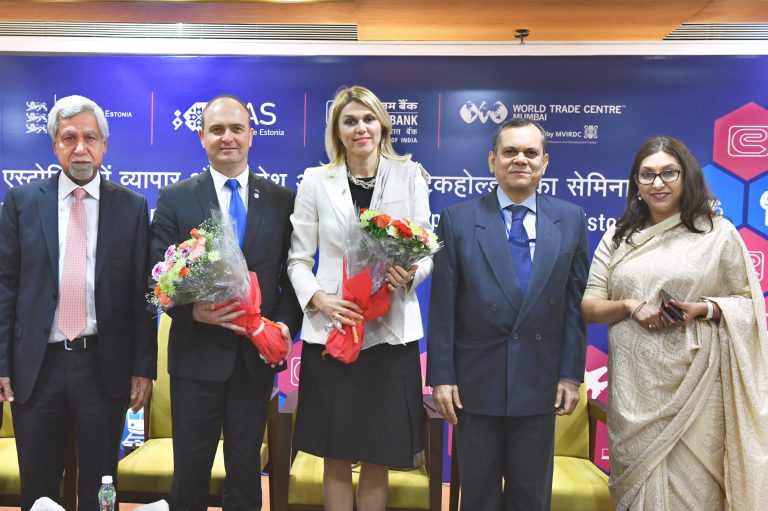