“The relationship between Sri Lanka and India is rooted in deep civilizational links, which date back many millennia. It is my firm belief that the time is very opportune to explore and focus on ways and means of elevating to a much higher level our bilateral economic relations, especially with the State of Maharashtra. Sri Lanka is taking number of measures to strengthen investment climate; The Board of Investment is moving beyond facilitation to attach higher priority to attract investments,” said H.E. Mrs. Chitranganee Wagiswara, High Commissioner of Sri Lanka in New Delhi at the Interactive Meeting on Trade and Investment Opportunities in Sri Lanka organized by MVIRDC World Trade Centre Mumbai and All India Association of Industries (AIAI) at WTC Mumbai.

This is the maiden visit of H.E. Mrs. Wagiswara to the financial capital of India after taking charge as High Commissioner.

H.E. Mrs. Wagiswara urged Indian companies to take advantage of the Government of Sri Lanka’s Vision 2025 programme, which will present ample opportunities and position the country as an export-oriented economic hub at the Center of the Indian Ocean.

Under the Vision 2025 agenda, Government of Sri Lanka aims to raise its per capita income to USD 5,000 per year, create one million new jobs, enhance FDI to USD 5 billion and double exports to USD 20 billion per year. These targets lay the foundation for Sri Lanka to become an upper-middle income country by 2025.

Highlighting the economic benefits of investment in Sri Lanka, H.E. Mrs. Wagiswara said that Sri Lanka having signed FTAs with India, Singapore and Pakistan and another FTA under negotiation with China, offers preferential access to a vast market of 3 billion consumers. Colombo port has been ranked 13th best connectivity port in South Asia. Sri Lanka is committed to improve ease of doing business ranking from 110 in 2017 to 70 by 2020.

The High Commissioner emphasized the potential for co-operation in the hospitality and tourism sector and suggested that India and Sri Lanka could be promoted as dual destination for tourism. Government of Sri Lanka is attracting Indian tourists through promotion of Ramayana Trail.

H.E. Mrs. Wagiswara invited Indian investors to participate at the Sri Lanka Investment and Business Conclave to be organised by Ceylon Chamber of Commerce from 19th-21st June 2018 in Colombo.

Mr. Siddhartha Rastogi, Director - Asset Management, Ambit Capital Private Limited said that India and Sri Lanka are complimentary to each other for their existence, survival and growth. It's not a coincidence that various Indian governments have intervened in resolving Sri Lankan conflict in the past and bring political and social stability to both sides. Mr. Rastogi further stated that Sri Lanka from times immemorial has been relevant as it forms an integral part of Silk route. Not too much has changed since then as dominance on Indian ocean can only be gained through Sri Lanka's support. Whichever country controls Indian ocean can claim access to 6 other oceans as well and bring EAST-WEST Trade corridor closer.

Earlier in his welcome remarks, Mr. Vijay Kalantri, President, All India Association of Industries and Vice Chairman, MVIRDC World Trade Centre Mumbai said that Sri Lanka is India’s friendly neighbor and we have religious and cultural ties dating back to the period of epic Ramayana. The country is a promising destination for employment and investment. India has signed a free trade agreement with Sri Lanka and already India is exporting pharmaceuticals, chemicals and other items to Sri Lanka. Being a small country, projects can be implemented within time limit in Sri Lanka.

The event was attended by representatives from industry, consular corps, academic and research institutions, EXIM Bank and other financial institutions, government departments and non government organizations. 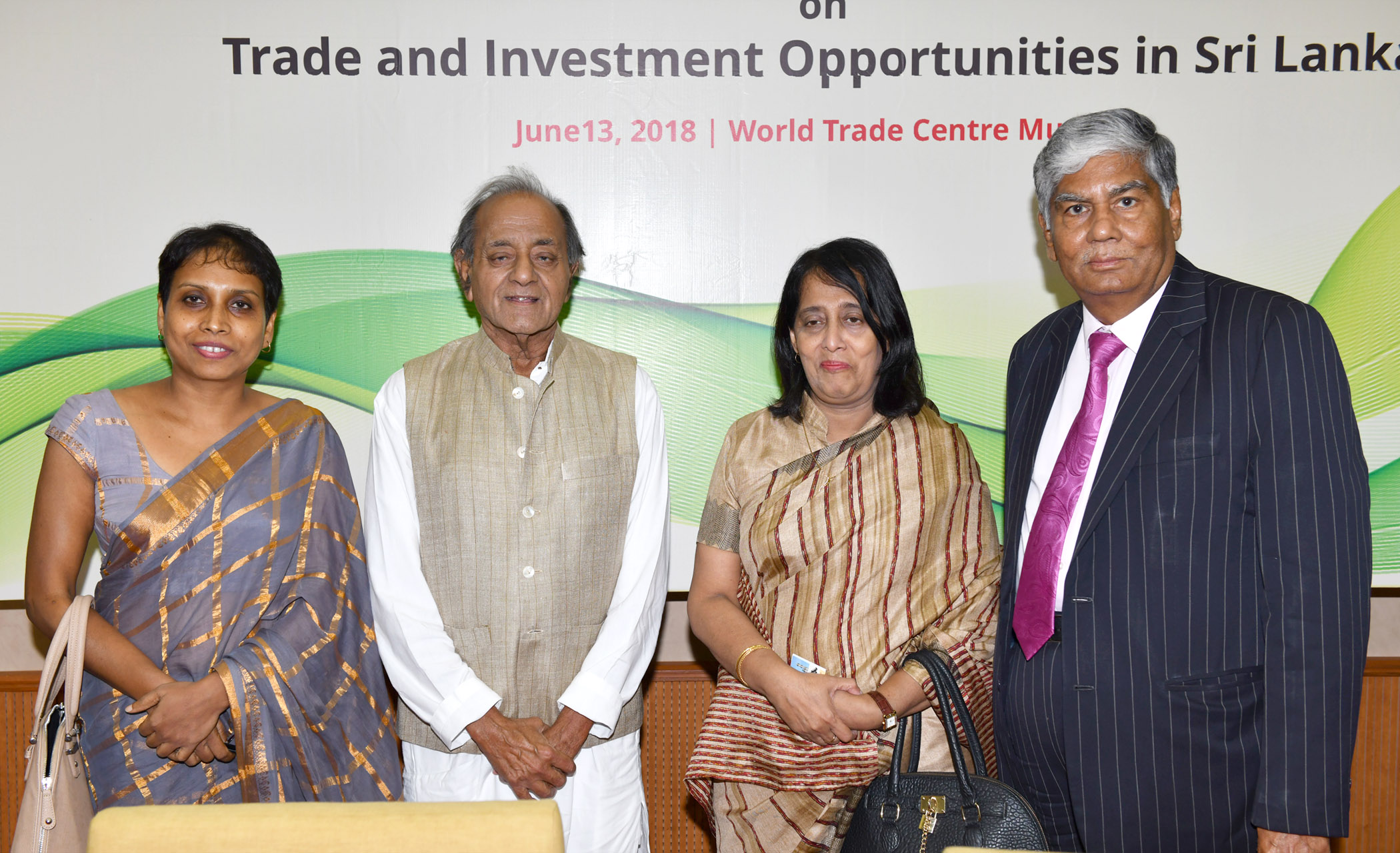