“Government of Uzbekistan is opening its economy and is improving ease of doing business for foreign investors. This is the opportune time for Indian companies to invest in Uzbekistan and consider it as a gateway for entry into Russia and other Central Asian countries. BMB Trade Group is eager to facilitate Indian companies looking for investment in Uzbekistan’s largest upcoming agriculture cluster complex in Djizakh region,” said Mr. Dadajonov Mirzamurod, Founder, BMB Trade Group at an interactive meeting with Business Delegation from Uzbekistan. The event was organised by World Trade Center Mumbai and All India Association of Industries.

In his remarks, Mr. Makhmuel Asamov, General Director, BMB Trade Group said, “India and Uzbekistan have considerable cultural affinity and Indian films are popular in Uzbekistan. Currently, trade between both the countries is very small. We wish to enhance bilateral trade by partnering with Indian companies in agro-products and textile sectors.”

Earlier in her welcome remarks, Ms. Rupa Naik, Senior Director, MVIRDC World Trade Center Mumbai said, “Maharashtra is a dynamic state in India and it is home to the financial capital of the country. There is great scope for collaboration between business community of Uzbekistan and Maharashtra. The participating companies in this event are looking for fruitful partnership with their counterparts in Uzbekistan.”

The programme was attended by senior officials from companies representing food processing, textile and other manufacturing and services sectors. 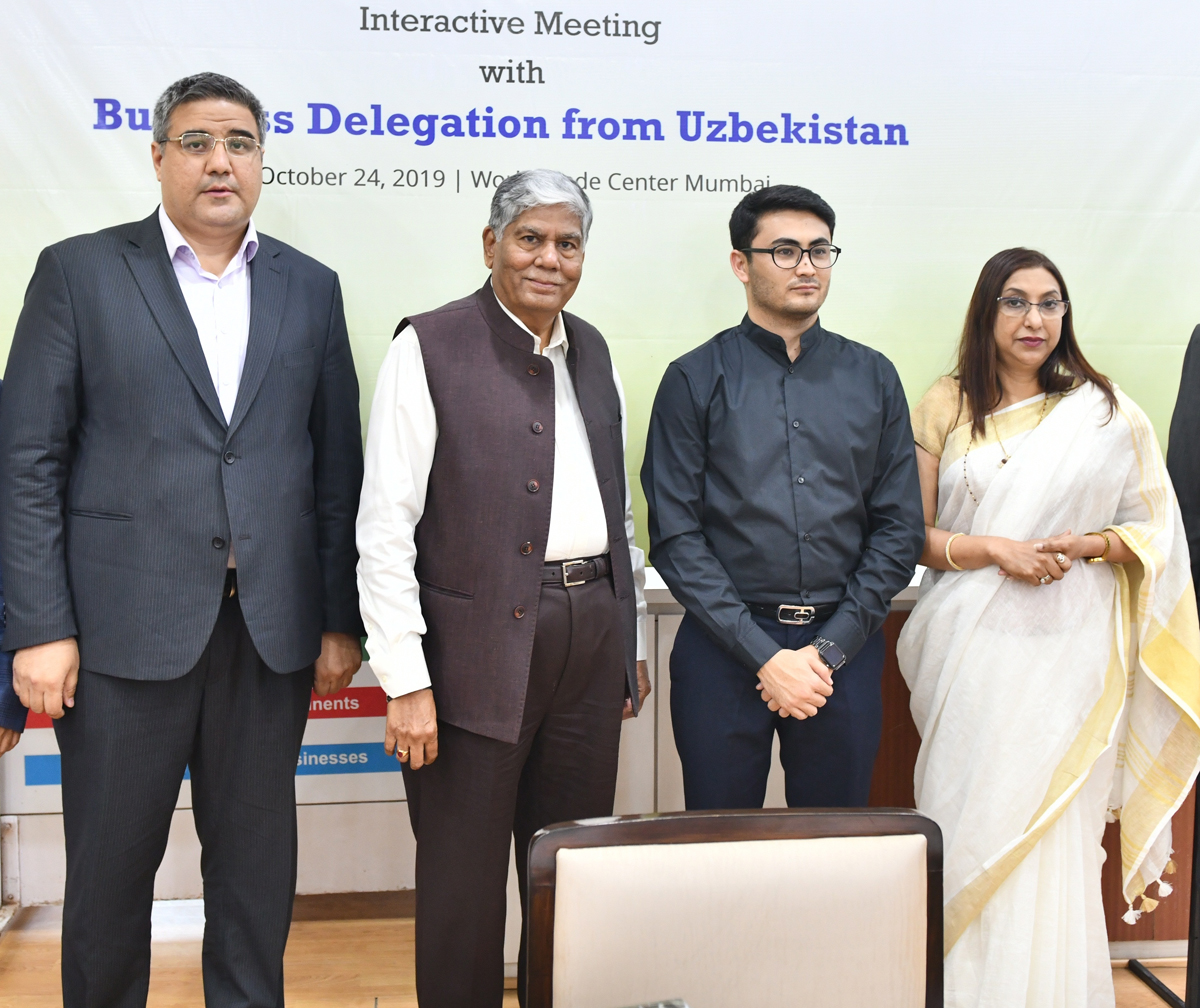