“Indiana is the number one state in USA in manufacturing and as we grow, we want to strengthen our technological partnership with India. A part of my discussion with Hon’ble Prime Minister Mr. Narendra Modi revolved around this topic. We have also discussed sports, education and all other areas where we can partner and grow as great nations. The 6.6 million people of Indiana are waiting to see the outcome of my series of meetings with top leaders in India in the last 4-5 days. I am very bullish on bilateral relations with India and I have started planning for my third visit to this great country,” said Mr. Eric Holcomb, Governor of Indiana, USA, at an interactive programme on ‘Doing Business in Indiana’. The event was organized by MVIRDC World Trade Center Mumbai and All India Association of Industries in association with World Trade Center Indiana and Kelley School of Business.

Speaking on this occasion, Mr. Jim Schellinger, Secretary of Commerce, Indiana said, “Indiana is located in the heart of the heartland and it is called the ‘Crossroads of USA’. 80% of America’s population can be reached within 12 hours drive and 20 major metropolitan cities, including Chicago, Cincinnati, Detroit and St. Louis can be reached in just four hours drive. We are also the electronic crossroad of USA as Indiana is home to advanced manufacturing and information technology.”

“Indiana ranks number one in ease of doing business in Midwest and number five in the entire country as the state administration offers business friendly environment with low regulation and taxation. The state has the second lowest labour cost in USA and it is the third most affordable state in the country. Indiana ranks number one in infrastructure and the state government has planned USD 60 billion infrastructure investment in the next 20 years.”

“Even though we are in the heart of heartland, Indiana is well connected globally. The state is home to the world’s second largest FedEX hub. Indiana has direct flights to Europe and the state government is working to launch transpacific flights to connect to India and China. Indiana is well connected to three international ports and we can reach European coast within 17 hours.”

Mr. Schellinger informed that the University of Notre Dame in Indiana has partnered with India to restore world heritage site of Taj Mahal. He further pointed out that around 1002 businesses from 38 countries have invested in Indiana, thereby creating 1.95 lakh jobs.

In his remarks, Mr. Y.R. Warerkar, Director General, MVIRDC World Trade Center said, ”India is the 9th largest trading partner of USA. I am confident that this interactive meeting will open up new vistas of partnership between the world’s largest economy and the world’s fastest growing economy. WTC Mumbai is proud to host this important meeting to discuss the roadmap for future cooperation between USA and India. We have gathered shortly after the historic meeting between India’s Hon’ble Prime Minister Mr. Narendra Modi and Hon’ble US President Mr. Donald Trump at Houston. During this Houston meeting, both the leaders committed to take our bilateral relations to new heights.”

Mr. Warerkar concluded his remarks by saying, “World Trade Center Mumbai and All India Association of Industries (AIAI) have come together to organise jointly such useful programmes keeping in view the larger objects of both the organizations in furthering international trade between India and her bilateral partners with a view to promote global peace, prosperity and reduce conflict around the world. And, I believe, today’s programme will go a long way in meeting the common goals of humanity around the world.”

The event witnessed more than 100 B2B meetings between business delegates of India and Indiana representing sectors such as medical devices, agriculture, life science, aviation, automobile, information technology, among others. 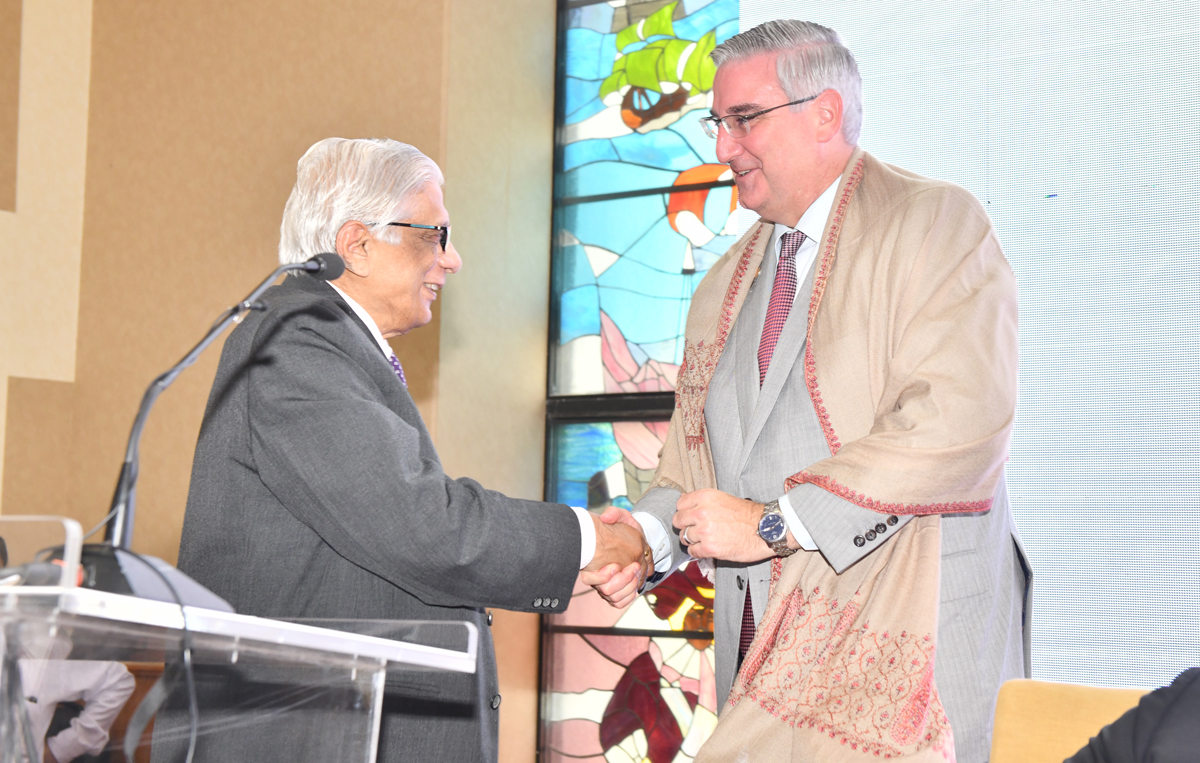 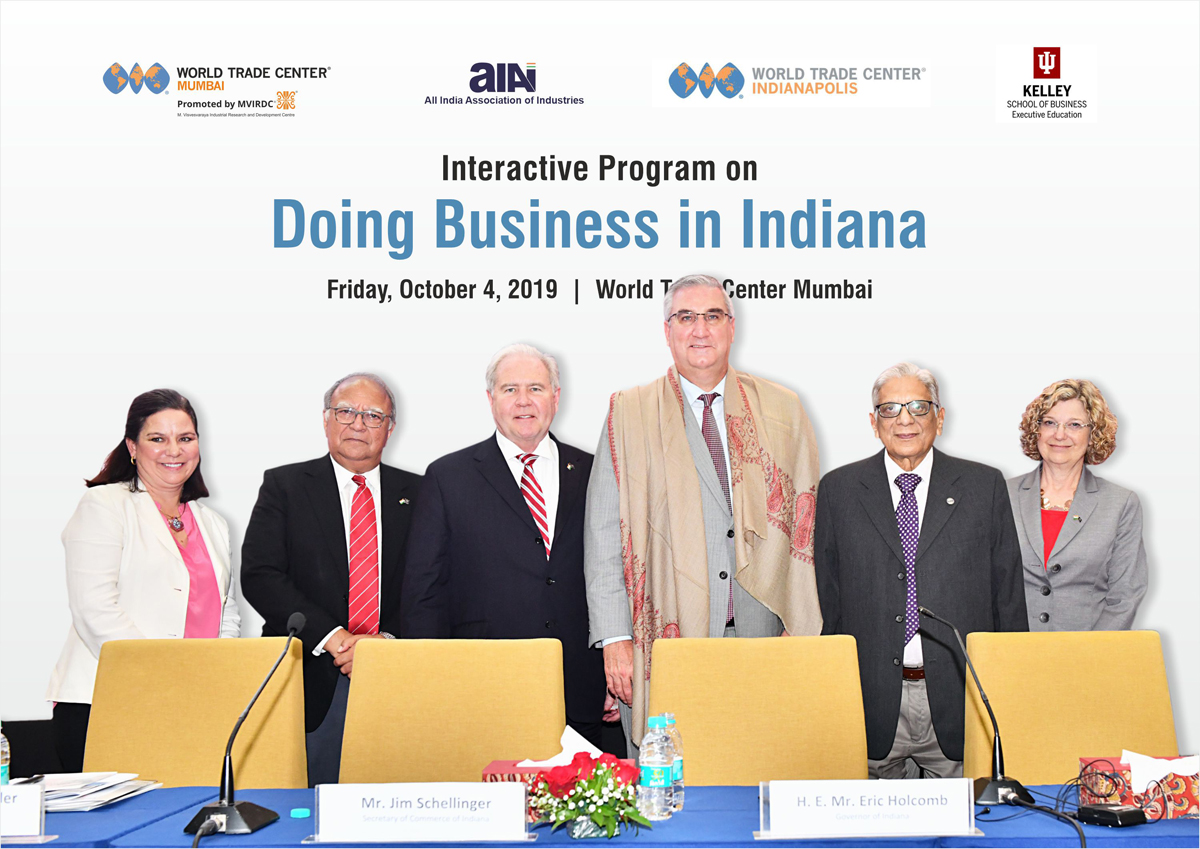