With the objective of giving fillip to multilateralism and pluralism, World Trade Center Mumbai and All India Association of Industries (AIAI) organised the third edition of their flagship event ‘World Trade Expo’ on November 13-14, 2019. The Expo concluded with over 7,000 B2B meetings between MSMEs from 6 states and 30 participating countries that together contribute about 40% to world exports.

The event assumes significance at a time when various countries are repositioning themselves in the wake of the ongoing trade wars between major economies to take advantage of gains arising from trade. India, which has a share of just about 2.5% in world trade can benefit from participating in free trade agreements such as RCEP through optimum allocation of resources and lowering costs of production, while giving access to consumers to cheaper goods and services. The Expo featured the world’s emerging economies, alongside giants from Asia, global financial hubs of Mauritius and Singapore, leading agriculture exporter Argentina, the world’s 7th ranking patent filing country Italy and major natural gas exporter Qatar, among others. From agro-processing to education, logistics to pharmaceutical, companies from Asia, Americas, Europe and African continents and 6 Indian states showcased innovative technologies and their core competencies in order to add value to the lives of the people they serve.

The Exhibition at the Expo featured trade promotion agencies, MNCs and Indian companies willing to seize opportunities arising from beneficial partnerships while over 2,000 delegates took advantage of the plethora of business ideas under one roof. The two-day event generated cross-country collaboration through trade, technology transfer, investment, tourism and cultural exchange.

“World Trade Expo is an effective platform to promote exports and investment in India. Maharashtra offers financial incentives to industries, which are the best-of-their kind offered by any state government in India The state accounts for 30% of India’s FDI and has a fantastic ecosystem for industries. AURIC, India’s first well-planned and greenfield smart industrial city is being developed as a part of the Delhi-Mumbai Industrial Corridor. I invite participating countries to explore investment opportunities in Maharashtra,” said Dr. Harshdeep Kamble, IAS, Secretary - Industries & Mining and Development Commissioner (Industries), Directorate of Industries, Government of Maharashtra during the Inaugural session.

Mr. Suresh Kakani, IAS, Vice Chairman and Managing Director, Maharashtra Airport Development Company Ltd. opined that in the next five years, MADC aims to develop and operate about six new airports in Tier – II and Tier – III cities of Maharashtra in order to provide seamless connectivity to semi-urban population. He invited industries to set up units at Asia’s largest processing SEZ, MIHAN, located adjacent to the International airport in Nagpur.

In his welcome remarks, Mr. Vijay Kalantri, President, All India Association of Industries (AIAI) had said, “The 3rd World Trade Expo is set to open a new chapter in India’s relations with the 30 participating countries that together contribute about 40% to world exports. At a time when world export growth is slowing, the participating countries will discuss new avenues for trade and technological partnerships.” 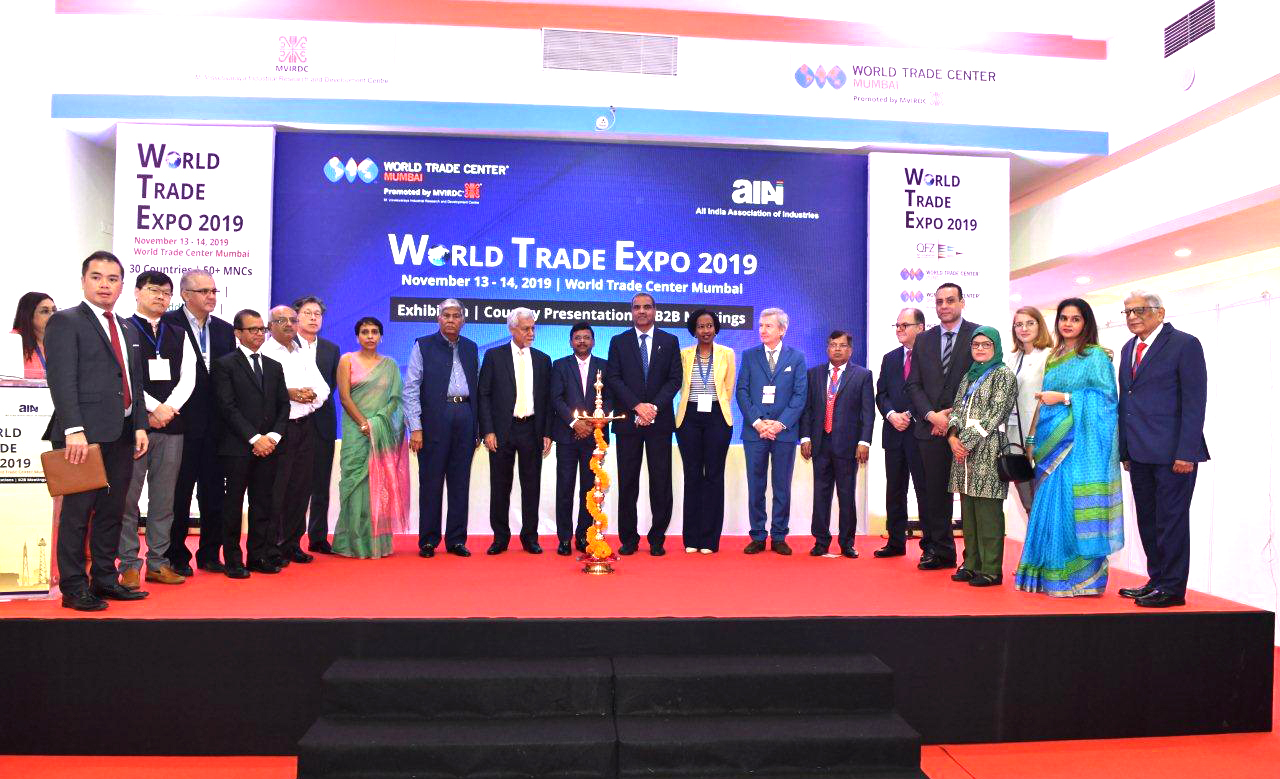