“Diplomats are the nation builders as they promote trade, investment and exchange of technologies. Diplomats make the world feel like one family and they are the bridge that connects people across borders similar to platforms such as facebook and whatsapp. Diplomats are like soldiers who fight for their country in foreign land without weapons. Indian diplomats are very proactive and approachable. I suggest industry bodies and chambers of commerce to engage continuously with Indian and foreign embassies for crucial interventions to promote cross-border trade and industry. Diplomats can also play an important role in rectifying trade imbalance between countries,” said Mr. Dnyaneshwar M. Mulay, Former Secretary (CPV & OIA), Ministry of External Affairs, Government of India at an interactive meeting organized by MVIRDC World Trade Center Mumbai and All India Association of Industries (AIAI).

Mr. Mulay emphasized that Indian enterprises must monetize their traditional brands by securing geographical indications and commercializing them in foreign countries.

He further added that the Ministry of External Affairs has introduced grievance redressal portal to invite and resolve complaints from non resident Indians, including businessmen. “Last year, the portal received more than 40,000 complaints and they are resolved at the rate of 80-85%, which is the highest grievance redressal rate among all the departments of Government of India.”

Speaking about the steps taken by Ministry of External Affairs for the welfare of more than 3 crore Indians abroad, Mr. Mulay said, “The ministry has introduced several safeguard mechanisms to protect the safety and security of maids, nurses and blue collared Indian workers migrating abroad for employment. Some of these measures include mandatory security deposit from foreign employers, reforming licensing system for registered recruitment agents in India, expediting legal action against erring agents, introducing portal for Indian workers in Gulf countries, running shelters for blue collared Indian workers in Gulf countries etc. To protect Indian students abroad, Indian diplomats have been mandated to hold periodic interactions with student groups and conducting periodic visits to foreign universities. The Ministry of External Affairs has formed a committee of diplomats of countries where Indian students generally go for higher studies. This committee addresses the complaints of Indian students abroad.”

Mr. Mulay informed that more than 90,000 Indians have been rescued from various countries in the last four years. “Today, no distressed Indian will be left to his fate, irrespective of which part of the world she is in. Government of India has taken full responsibility for the safety of Indians abroad,” he emphasized.

Government of India has provided additional funds to upgrade the counselor sections in its embassy abroad. Indian embassies abroad also support local Indians in organizing social or cultural events and strengthen bonding within the diaspora community.”

Highlighting other recent policy initiatives taken by the Ministry of External Affairs, Mr. Mulay said, ”In 2014, Government of India has set up ‘states division’ under the Ministry of External Affairs to engage with state governments and incorporating their concerns and suggestions in foreign diplomacy. The number of passport offices in the country has risen from 77 to 436. In the days ahead, the government aims to have at least one passport office in every Lok Sabha constituency. In order to encourage tourism sector, Government of India has introduced e-visa facility for nationals of 165 countries without reciprocal arrangement.”

Earlier in his welcome remarks, Mr. Vijay Kalantri, President All India Association of Industries (AIAI) and Vice Chairman MVIRDC World Trade Center Mumbai said, “Mr. Mulay was a simple and unassuming diplomat who served in India’s mission in USA, Russia, Japan, Maldives and other countries. Promoting trade and investment is a crucial component of international diplomacy. Today, the entire world is a village and diplomacy plays an important role in connecting people through trade, tourism, cultural exchange, education and investment. Indian economy is growing at 7.4% today and diplomacy plays an important role in enhancing this growth to 10% level. Greater engagement in foreign trade and exchange of knowledge and technological knowhow can enhance economic growth.”

Proposing vote of thanks for the event, Capt. Somesh Batra, Vice Chairman, MVIRDC World Trade Center Mumbai said, “I compliment Mr. Mulay sharing a detailed account of the various steps being taken by the Ministry of External Affairs for the welfare of Indians abroad. We are also privileged to listen to Mr. Mulay’s valuable experience from his more than 3 decades of service in the Indian bureaucracy. I am sure the experience and valuable thoughts shared by Mr. Mulay have benefitted the audience immensely.”

The event was attended by diplomatic corps and delegates from trade and industry, academic institutions and government departments. 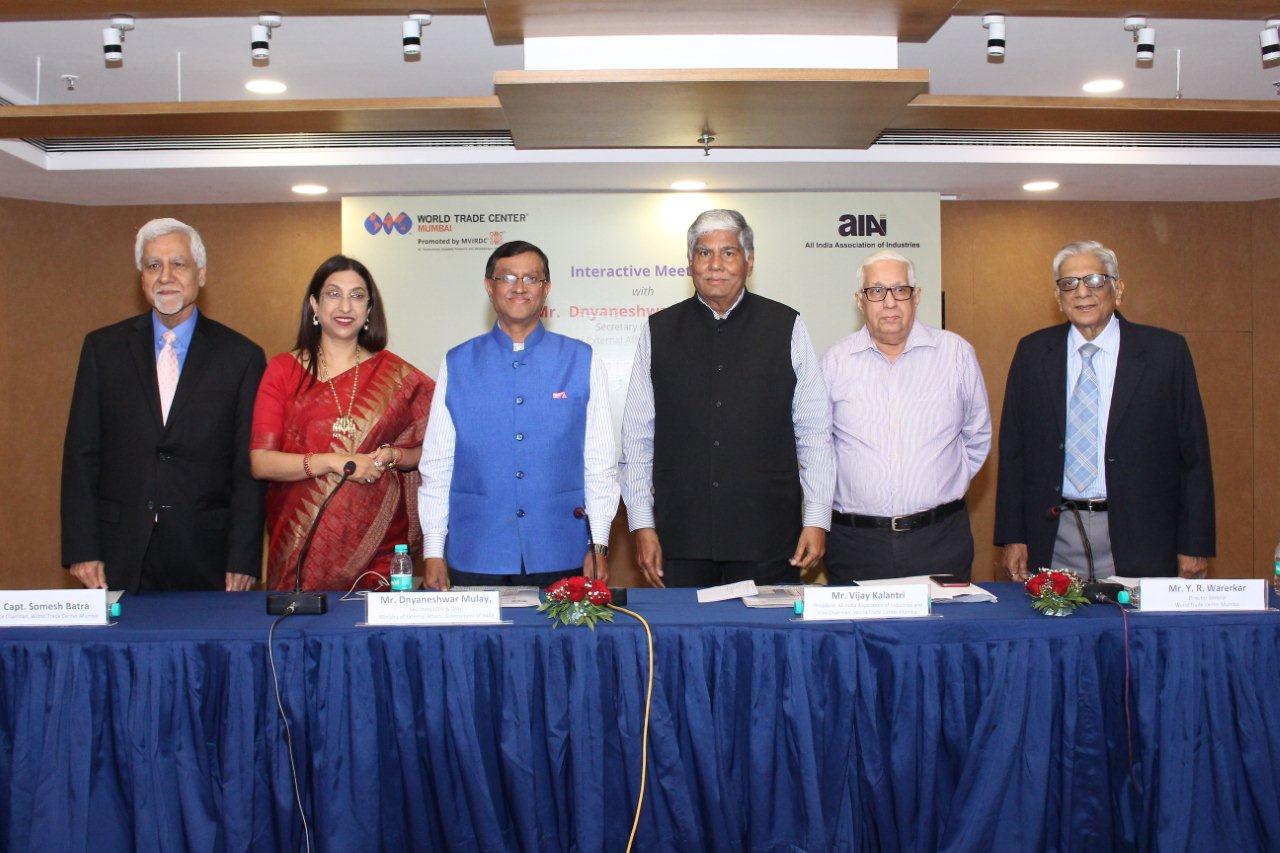