“Thailand’s upcoming Eastern Economic Corridor (EEC) is being positioned as a gateway to the Asian market, which accounts for one third of the world economy. The 13,000 sq km EEC will be the future economic and logistics hub of Asia. The project is being developed as part of the ambitious Thailand 4.0 initiative. I invite Indian businesses to explore commercial opportunities in agriculture, automobiles, electronics, medical devices and other manufacturing and services industries in this corridor. Thailand’s Board of Investment is keen to promote not only Indian investment in Thailand but also the entry of Thai companies in India,” said Ms. Bussarakum Sriratana, Executive Director - International Affair Bureau, Board of Investment, Thailand at a roundtable discussion on ‘Thailand 4.0 and Business Opportunities for Indian Partners’. The event was jointly organised by MVIRDC World Trade Center Mumbai and All India Association of Industries (AIAI).

Speaking about the Thailand 4.0 initiative, Ms. Sriratana said, “Thailand seeks the partnership of India, especially the business community of Maharashtra, to transform its country into an innovative society under its ambitious Thailand 4.0 initiative. EEC will be the Metropolis of Future with world class economic zone. Over the next five years, this corridor will attract USD 43 billion worth public and private investment on various sectors, including upgradation of three international airports and three deep-sea ports.”

The EEC encompasses three eastern provinces of Chachoengsao, Chonburi and Rayong, with Wangchan Valley in the Rayong province acting as the centre of the Eastern Economic Corridor of Innovation (EECi).

Ms. Sriratana invited Indian exporters and importers to the region’s largest food and beverage trade show ‘THAIFEX – World of Food Asia’, which is scheduled from May 28-June 1, 2019 at Bangkok

Mr. Nanthapol Sudbanthad, Director - Thailand Board of Investment, Mumbai highlighted some of the incentives offered for investors in the EEC region. These include exemption from corporate tax for initial years of the project, duty-free import of machineries, low personal income tax, facilitation of work permits and one-stop service for investors.

Delivering welcome address on this occasion, Ms. Rupa Naik, Senior Director, MVIRDC World Trade Center Mumbai said, “India’s economic and cultural relations with Thailand dates back several centuries. Bilateral relationship between both the countries received renewed momentum with India’s Act East Policy and India’s free trade agreement with Thailand and ASEAN. I am confident that Thailand 4.0 project and India’s Make in India and Digital India programmes will take this relationship to new heights. I suggest Board of Investment Thailand to facilitate the setting up of World Trade Centers along its Eastern Economic Corridor to promote cross-border trade and investment. ”

The roundtable discussion was attended by delegates from agro-processing, chemicals, aviation, automobiles, tourism, power transmission and other sectors, including consultancy organisations.

The event generated useful interaction between senior officials from Board of Investment, Thailand and the participating delegates. 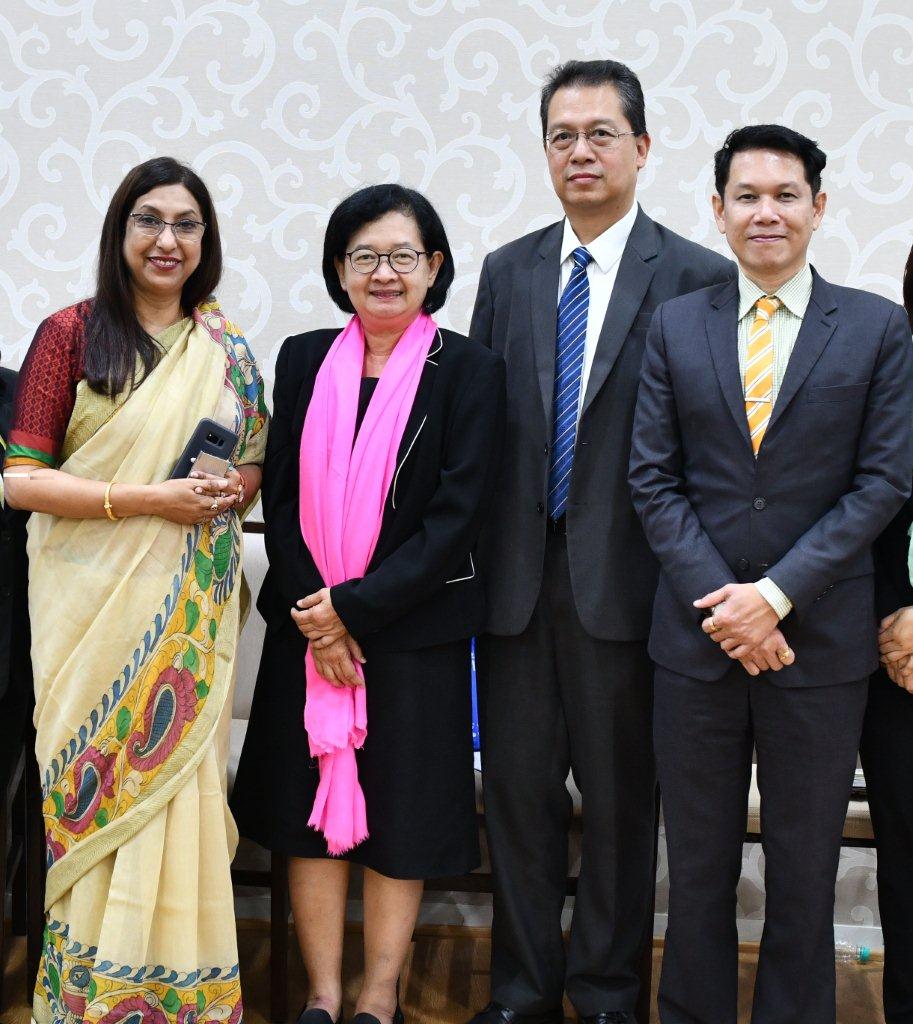