“The Parliament of Iran has recently approved the Double Taxation Avoidance Agreement (DTAA) with India. I hope this will promote ease of doing business and bilateral investment. Both the countries are also negotiating trade agreements to reduce customs and tariffs. The newly built Chabahar Port and Makiran Port will promote India’s trading ties with Iran, West Asia and Central Asia. The current volume of bilateral trade stands around USD 11 billion, which is below the potential. India and Iran have potential for cooperation in oil and gas, renewable energy, mining, copper, aluminum and other sectors. We are opening various sectors for investment by private companies. We have also created a system for identifying credible private companies and registering them. From my meetings with industry in India, I have learnt that many private companies are willing to have commercial relationship with Iran,” said, Mr. Hamid Reza Foladgar, Head of the Delegation while delivering the keynote address at an interactive meeting with the High Level Parliamentary Delegation of the Islamic Republic of Iran. The meeting was organised by MVIRDC World Trade Center Mumbai and All India Association of Industries (AIAI).

Mr. Foladgar further added, “The key drivers of our bilateral relationship are similarities in Persian and Indian languages, ethnic, religious and racial commonalities. People of Iran have great respect for Mahatma Gandhi, the father of India. In January 2019, the Minister of Foreign Affairs of the Islamic Republic of Iran visited India to discuss bilateral relations. Now I expect this visit to be followed by the visit of President of Iran to India and also the visit of the speaker of the Parliament of Iran. We must also strengthen the role of India-Iran Chamber of Commerce to promote bilateral commerce.”

In his remarks, Mr. Khosroo Rezazadeh, Consul General of The Islamic Republic of Iran said, “This is the right time for India and Iran to enhance their commercial partnership. India is the only country in this region to secure waiver from US sanction for importing crude oil from Iran. This shows the diplomatic influence of India in this region. It will be a pity if business communities from both the regions do not use this opportunity to enhance trade ties. Government of Iran offers e-visa for six months for Indian businessmen visiting Iran. In order to promote tourism, the government also offers visa on arrival.”

Mr. Rezazadeh invited Indian businessmen to approach his office in case they face any issues in trading with Iran. He said, “The main purpose of bringing this Parliamentary delegation to India is to explore ways to promote bilateral cooperation. I invite Indian traders to share their concerns with the Parliamentary members of this delegation. You can also approach my office in Mumbai to resolve issues related to trade and investment. Both the countries must find ways to overcome the constraints on bilateral trade and investment arising from the US sanction.”

Mr. Rezazadeh suggested Indian tourists to visit Iran through luxury ships from Mumbai to Chabahar Port, which is connected to the capital city of Tehran through rail.

Earlier in his welcome remarks, Mr. Vijay Kalantri, President, All India Association of Industries (AIAI) said, “India and Iran have more than 100 years of diplomatic, economic and cultural relationship. Even amidst the economic sanctions imposed on Iran, India remains the largest importer of crude oil from Iran. This bears testimony to India’s commitment to the historic friendship with Iran. The construction of Chabahar port has opened new vistas of trade and investment opportunities between both the countries. Specifically, there is huge opportunity for commercial cooperation in areas such as mining, agro-processing, crude oil, energy, textile, capital goods. Both the countries must strengthen their banking and insurance ties to facilitate commercial partnership. Today, only UCO bank facilitates settlement of payment for trade with Iran. Government of Iran can also use its surplus trade balance to invest in lucrative projects in India. Both the countries must also resolve the impediments in building road connectivity via Afghanistan. There should also be frequent exchange of trade delegations between both the sides to explore new areas of commercial partnership. With these measures, I expect bilateral trade to grow to USD 30 billion in the next few years.”

During the event, Mr. Siddhartha Rastogi, Managing Director, Ambit Capital shared India’s lessons and experience in privatization of state-owned enterprises to the members of the Parliamentary Delegation from Iran.

The meeting was attended by representatives from trade and industry, consular corps, think tanks and academic institutions. 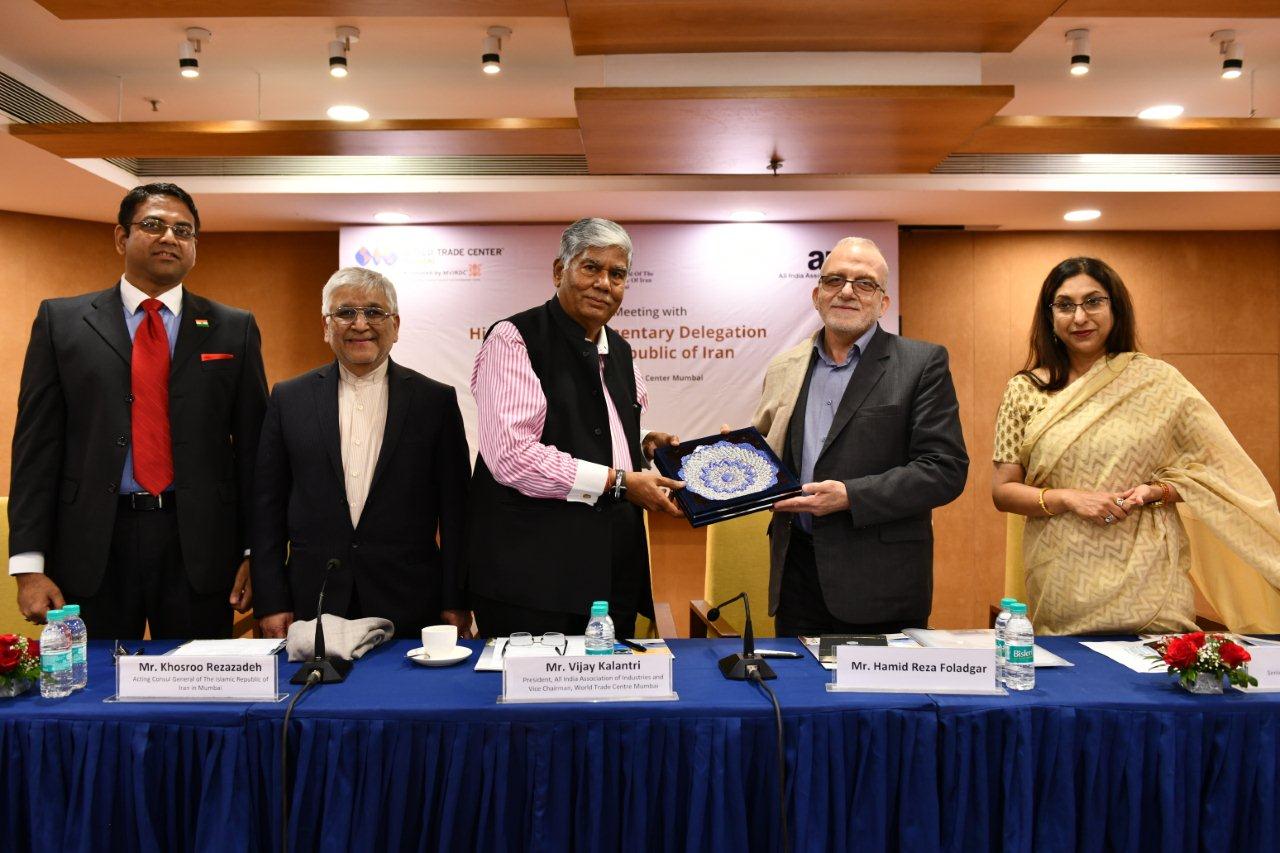