Emphasising on Government of Maharashtra’s policy initiatives for enhancing trade and MSME growth, Mr. Rawal said, “Under its New Industrial Policy, 2019, the state government is in the process of setting up Export Promotion Council, Export-cum-Convention centers in different regions and it will soon introduce a venture capital fund for export-oriented units. The state budget for 2019-20 has proposed 50 industrial parks at taluka level for micro, small and medium enterprises. There is a great demand for cashews produced in the State in foreign countries. In order to promote cashew exports from the state, Government of Maharashtra has allocated Rs. 100 crore for expansion of cashew processing industry. The state government is offering Rs. 50 per kg to milk federations and private milk processing industries to encourage export of milk powder.”

Mr. Rawal opined, “I am proud to say that Government of Maharashtra is committed to enhance its leading position in India’s foreign trade. Already, the state accounts for 25% of India’s exports. Maharashtra is the largest mango exporter in the country and it contributes 90% of the total export of this commodity.” Considering the importance of food and drugs sectors in Maharashtra’s trade basket, the Minister said, “We are committed towards strong food and drug quality standards and wish to collaborate with the world on these aspects. At the ground level, we are training children in schools on the importance of nutritional food aspects.”

Talking about the importance of tourism in promoting cultural exchange between nations, while also supporting development of entertainment, retail and real estate industries in the host country, he said, “Pilgrim centres are the major places of attraction for domestic and foreign tourists. Government of Maharashtra has reserved Rs. 100 crore for modernization of bus stations at pilgrim centres in the state. In this year’s budget, Government of Maharashtra has announced the concept of tourism police in the district of Sindhudurg, Aurangabad and Nagpur besides Shirdi and Mumbai. Under this concept, the state government will provide security services of international standards to tourists in these places.”

Inviting private participation in the tourism sector, Mr. Rawal suggested, “Earlier this year, Government of Maharashtra decided to open hundreds of acres of vacant land near 3,255 dams in the state for tourism and development of recreational facilities. The state government will develop recreation facilities in these vacant lands in partnership with private sector. The Government of Maharashtra has entered into an agreement with Mahindra Lifespace Developers (MLDL) to develop a 1,300-acre eco-friendly tourist destination at Murud in district Raigad. This project is set to be the largest medical and wellness tourism investment in Maharashtra. It will also position the state as a global tourist destination.”

Earlier in his Welcome Address, Mr. Kamal Morarka, Chairman, MVIRDC World Trade Center Mumbai said, “Since the year 2002, the global network of World Trade Centers (WTCs) has been observing World Trade Centers Association Day to renew its commitment to promote peace and stability through trade. On this occasion, we proudly remember the contribution of late Mr. Guy Tozzoli, who was the driving force of the WTC movement across the globe. Mr. Tozzoli’s mission was to unite the world with the common bond of trade and investment. Today, all the 327 WTCs across 90 countries cherish his dream of Peace and Prosperity through trade.”

Mr. Morarka added, “As a result of this unwavering commitment to promote global trade, the iconic WTC movement continues to grow strength by strength every year despite the ghastly terrorist attack on WTC in New York on September 11, 2001. This commitment to global trade is all the more relevant today when various countries are erecting barriers to trade.”

He further remarked, “Through networking and technological advancements, today WTCs across the world are well connected and they bring in innovation. General Assembly, the flagship event of World Trade Centers Association enables exchange of ideas and best practices among these WTCs in international trade promotion.”

Elaborating on MVIRDC WTC Mumbai’s commitment to promote trade linkages, Mr. Morarka said, “We receive over 60 delegations every year, with an overwhelming response from local business, industry and consular corps. This has led to greater participation in our annual flagship events, namely Global Economic Summit, World Trade Day Maharashtra and World Trade Expo. We are confident that our initiative to connect cities through trade will help micro, small and medium enterprises in these cities to explore new markets and benefit from international collaboration.”

Proposing the Vote of Thanks, Mr. Kalantri, Vice Chairman, MVIRDC World Trade Center Mumbai and Board Director – World Trade Center Association, New York said, “Maharashtra’s exports can be enhanced by handholding MSMEs, women-owned enterprises, industry clusters and startup enterprises to foray into the global market.” Assuring MVIRDC WTC Mumbai’s support to Government of Maharashtra’s research initiatives, Mr. Kalantri suggested that the Center can conduct studies in identifying trade opportunities in the food, drugs and tourism sectors. He further suggested the Government of Maharashtra should focus on improving the Mid-Day Meal programme. He concluded saying, “I take this opportunity to assure the Government of Maharashtra all possible support in its endeavour to enhance trade, investment and tourism in the state.” 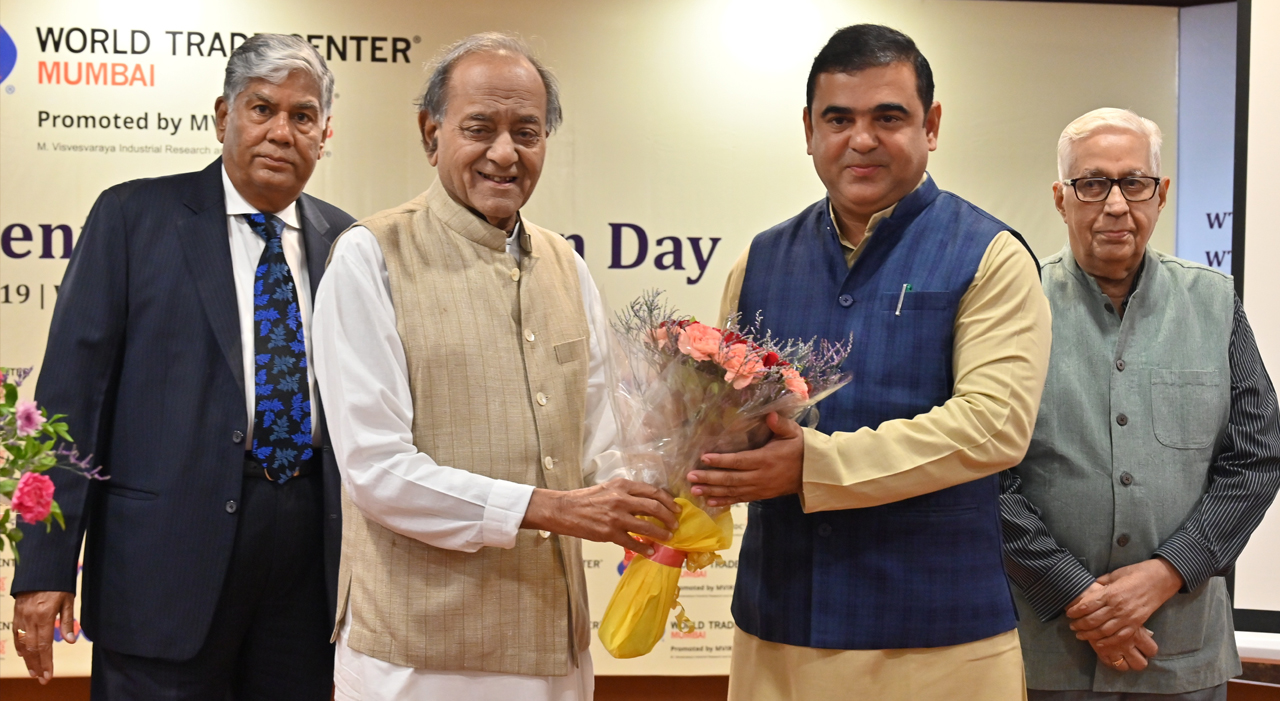 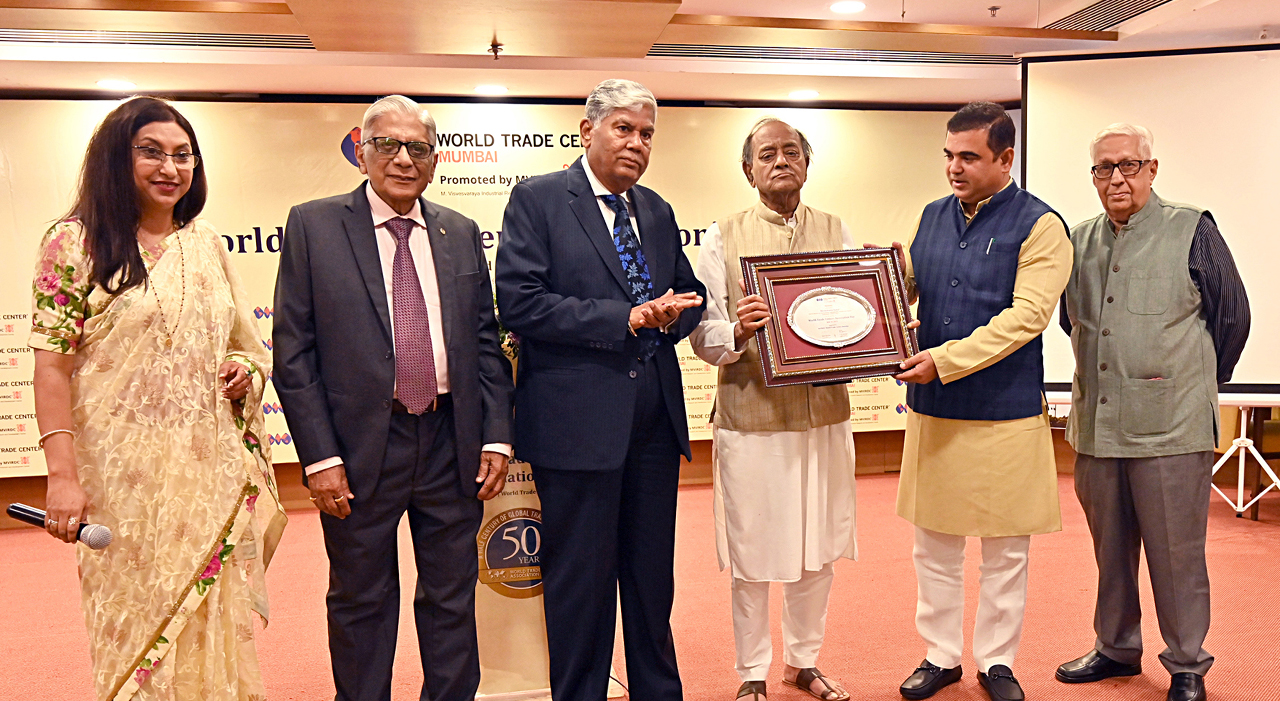