“The Mumbai International Airport, which is a monumental architecture, was built by South Africans,” said Ms. Maropene L. Ramokgopa, Consul General, Consulate General of the Republic of South Africa at a Business Forum organised by MVIRDC World Trade Center Mumbai and All India Association of Industries (AIAI).

Ms. Ramokgopa, who is completing her four-year term in India this month, said her stint in India will be extremely memorable. “In these four years, I have realized that both India and South Africa have much to learn and share with each other. Indian MSMEs, who generate 70-80% of total employment, can collaborate with South African business community to create long lasting relationship. Let us build legacy like our great leaders Nelson Mandela and Mahatma Gandhi.”

Speaking about bilateral relationship, Ms. Ramokgopa remarked, “India and South Africa are closely working under the BRICS cooperation framework. We understand each other because of our common challenges.”

The leader of the delegation Mr. Thulani Mpetseni, Director, The Department of Trade and Industry, South Africa said, “We are here to strengthen and deepen our historical relationship. We need to work together to address our common challenges of poverty, income inequality and unemployment.”

Earlier in her welcome remarks, Ms. Rupa Naik, Senior Director, MVIRDC World Trade Center Mumbai said, “MVIRDC World Trade Center Mumbai is proud to host a delegation from South Africa on the occasion of the 101st Birth Anniversary of the great leader Mr. Nelson Mandela. I am sure this Forum will pave way for doubling our bilateral trade, as envisaged by our leaders. South Africa is the second largest trade partner of India in the African continent. We welcome the delegation members from South Africa to grow trade with India. Through this event, Indian business community can explore South Africa as a gateway to the African market.”

Ms. Naik suggested that India and South Africa must work together in strengthening their MSMEs and women entrepreneurs. She said, “By ensuring full participation of women in economic development, a country can triple its GDP in five years. Women continue to be under-represented in all spheres of economic activity.”

The Business Forum received overwhelming response from trade and industry, consular corps, academic and financial institutions, among others.

Mr. Rajan Kumar, Advisor- Business Development Officer, Consulate General of the Republic of South Africa proposed vote of thanks for the event.

The event ended with B2B meeting among members of the South African delegation and their potential business partners in India. 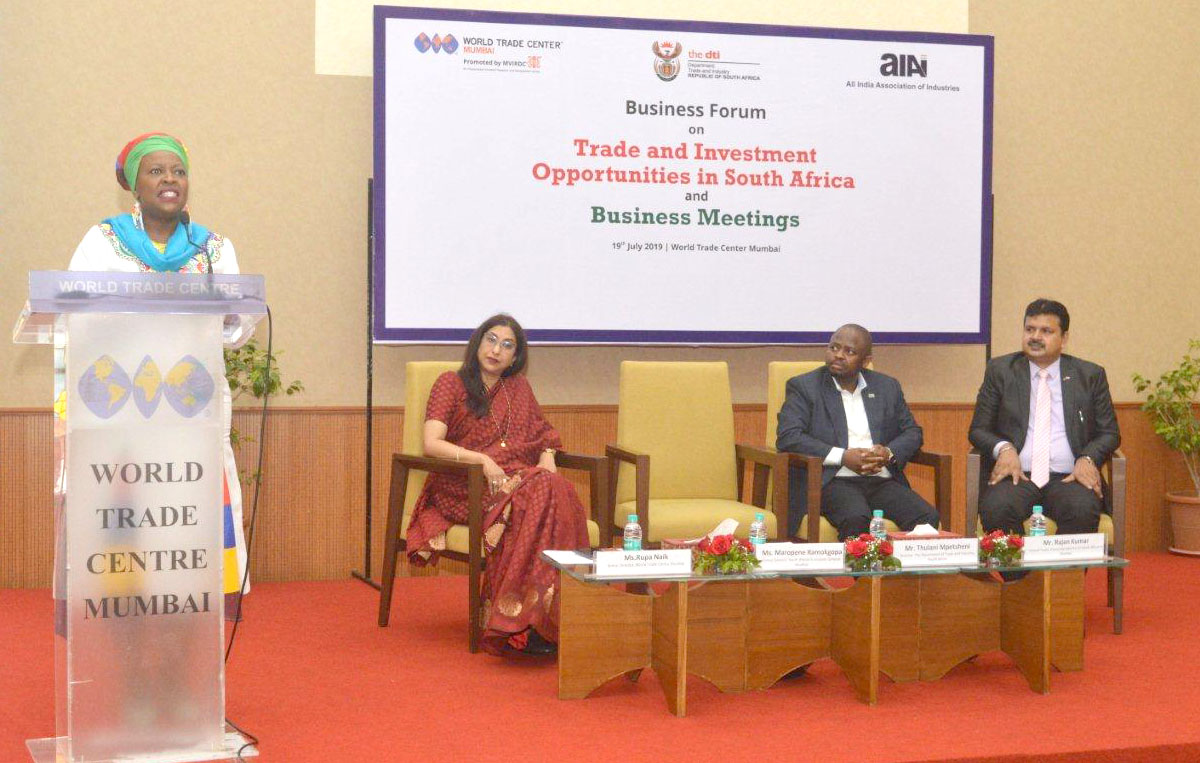