“Union Budget contains slew of proposals to leapfrog the economy to USD 5 trillion by 2024. The government will simplify 44 labour laws into four codes, will set up National Research Foundation and a stock exchange for social enterprises. However, there are some provisions in the budget that will penalize honest tax payers. These provisions reflect the trust deficit of the government on tax payers. Indians are honest tax payers and they are law abiding. Therefore, the government must repose faith in the tax payers and reconsider these provisions,” said Mr. Firoze B. Andhyarujina, Senior Counsel, Supreme Court of India at the panel session on ‘Implications of Union Budget 2019-20’ organised by World Trade Center Mumbai and All India Association of Industries (AIAI).

Mr. Andhyarujina pointed to stringent provisions such as compulsory deduction of TDS by unaudited entities on payment above Rs. 50 lakhs to contractors and professionals. Another regressive provision is the mandatory filing of income tax returns even if the annual income of the assessee is less than Rs 5 lakh. The assesses must file tax returns if they spend more than Rs. 2 lakh on foreign travel or if they withdraw more than Rs. 1 crore from banks or if their electricity bill exceeds a certain amount.

Speaking on this occasion, Mr. M.S. Mani, Partner - GST, Deloitte India praised the Union Budget for setting realistic GST collection target for the year 2019-20. He said, “If the government sets realistic tax collection targets, assessees will not be harassed with unnecessary search & seizure and audits. Mr. Mani praised the government for attractively drafting the Sabka Vishwas Legacy Dispute Resolution Scheme, 2019. He informed that around Rs. 3.75 lakh crore is stuck in indirect tax disputes all over the country and the government can collect a sizeable proportion of this amount if it implements the scheme efficiently.

In his remarks, Mr. Mangesh Soman, Joint President, Corporate Economics Cell, Aditya Birla Group said, “The real test of this government will be how well it can implement the reforms announced in this budget. The budget has announced innovative reforms such as accessing foreign market for sovereign borrowing, relaxing norms for foreign portfolio investors, attracting global bids for mega manufacturing plants in high-tech sectors, shifting NBFC regulation to RBI, setting up social stock exchange for voluntary organizations etc. However, the impact of these measures will depend on how well they are implemented and the external economic environment.”

Mr. Soman raised concern that the capital expenditure of the government (including grants) has risen hardly 6% in the current financial year compared to 13.8% in the previous year. “On the whole, the budget is mildly positive for economic growth and it is also slightly inflationary,” he concluded.

Earlier in his Welcome Address, Mr. Vijay Kalantri, President – All India Association of Industries said, “We expected bold announcements in the Budget. However, the Union Budget 2019-20 has been based on the Nehruvian Socialism pattern. Especially, it has been lacklusture for MSMEs, infrastructure and capital market. We need to grow at the rate of 11.5% in order to achieve the USD 5 trillion GDP target by 2024. This is also important in order to increase employment generation. However, in recent times, we have observed revenue expenditure growing at the cost of capital expenditure, resulting in poor infrastructure and slowing economic growth.”

Mr. Kalantri further remarked, “Unless and until the government gives impetus to growth and investment, more liquidity in the hands of the people to increase purchasing power, we shall not be able to achieve economic growth nor employment.”

The event was attended by representatives from trade and industry, consular corps and other government departments, academic institutions. 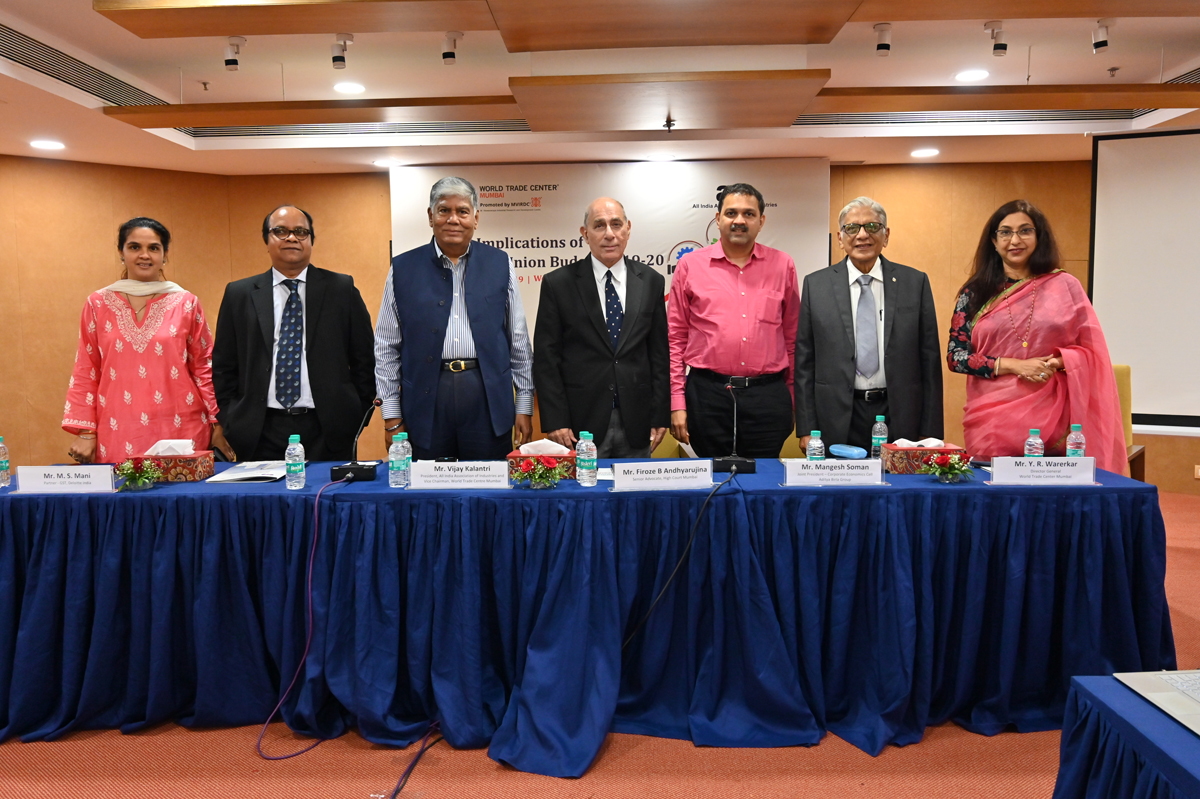