“The trade war between the US and China is having an adverse effect on the global economy. It is India’s fortunate position as fundamentals of the Indian economy is strong with over 1.3 billion population; this will ensure that the trade war does not have a significant impact on the economy. India has stable growth and one of the biggest markets in the world. The huge consumer base in India demonstrates why Thailand is looking forward to work with India. This is a great opportunity for Thailand to explore and nurture trade partnerships and joint investments in the near future. The forthcoming ASEAN meet in November is expected to conclude the RCEP negotiations. It will help double the bilateral trade between both countries in the next three years. This is especially significant at a time when many countries are focussing on trade protection and creating trade barriers,” said H. E. Mr. Jurin Laksanawisit, Hon’ble Deputy Prime Minister and Minister of Commerce, Government of Thailand. Mr. Laksanawisit was addressing the ‘Thai Indo Business Networking’ - a trade networking programme organised by The Department of International Trade Promotion, Ministry of Commerce, Government of Thailand in association with MVIRDC World Trade Center Mumbai.

Mr. Laksanawisit highlighted that India is one of the most important trade partners of Thailand and agri commodities including Rubber, Rubber Wood, Tapioca Starch are some of the important pillars/ focus sectors for both economies. He said that creating Agri-Trade Supply Chain Alliance (ATSCHA) is important as it would help in boosting the agri trade between both countries and their agri communities.

H. E. Mr. Chutintorn Gongsakdi, Ambassador, Royal Thai Embassy in India highlighted cultural, political and economic ties between Thailand and India. He said, “Both countries share ancient cultural relations. The stable governments in both countries will boost bilateral economic relations.” He added that the closer integration of India with Thailand and ASEAN would complement each other particularly in terms of trade and investment.

Mr. Vijay Kalantri, Vice Chairman, MVIRDC World Trade Center Mumbai, in his address, thanked the Hon’ble Deputy Prime Minister for his timely visit to India to promote trade and investment. He said, “The bilateral trade between both countries is growing rapidly. India’s bilateral trade with Thailand grew 60% since 2016 and today stands at USD 12 billion, with India’s exports at USD 4.4 billion and its import at USD 7.4 billion. As Government of India is building a highway between India and Thailand via Myanmar, it will promote movement of cargoes and will further accelerate bilateral trade.”

The event was attended by senior representatives of Thai Government and large number of Indian SME enterprises. 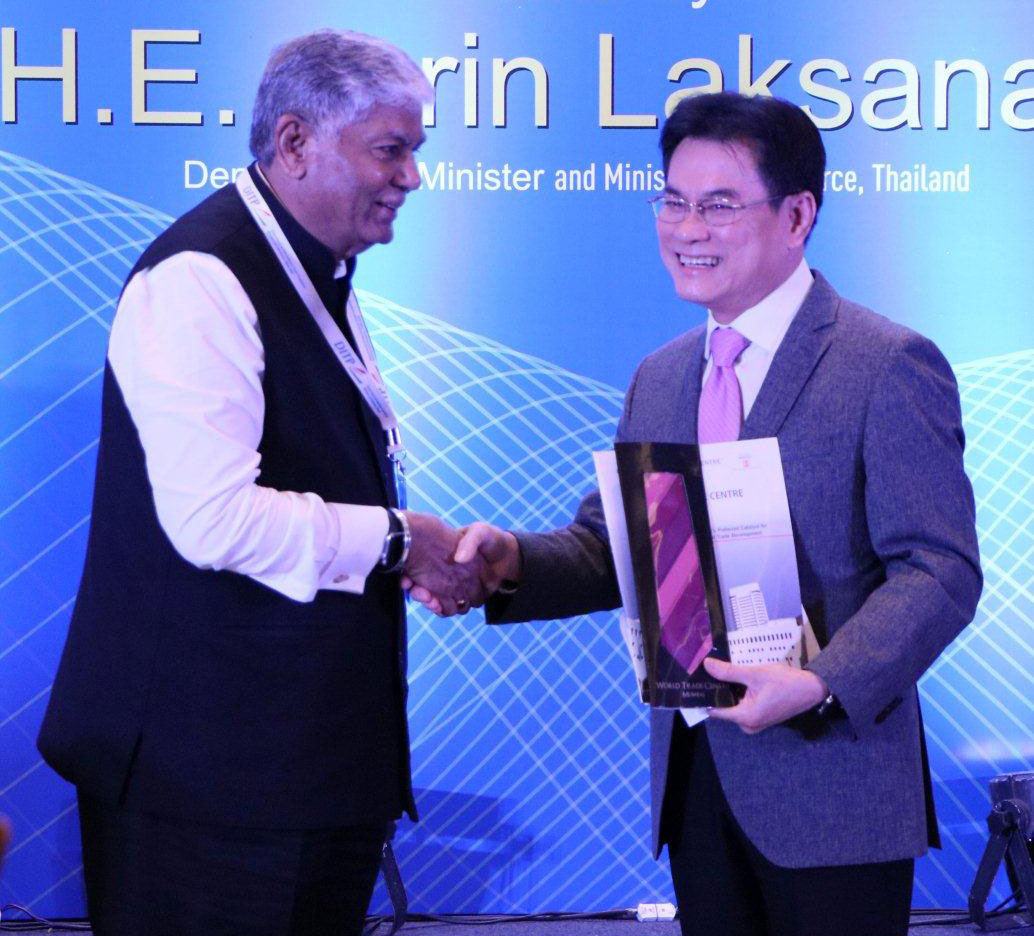