“I am impressed by the warmth and friendly hospitality of Indians during my second visit to this great country. India and Serbia have been great partners since the days of Non Alignment Movement in 1960s. Serbia is the only country in the western world to offer visa-free entry for Indians upto 30 days. The country is a preferred destination for film shooting and tourism, the cost of film shooting in Siberia is less and the procedure is also hassle-free. The famous Indian movie ‘Uri: The Surgical Strike’ was shot in Serbia. Both the countries can also collaborate in horticulture sector, especially in apple. We held meetings with India’s agriculture ministry to allow import of Siberian reddish apples. In the next few weeks, all the relevant permits and certifications for import of Serbian apples into India will be in place,” said Mr. Bogdan Igic, Hon’ble Deputy Minister Agriculture, Government of Serbia, while addressing World Trade Center and All India Association of Industries.

Speaking further about bilateral collaboration in horticulture sector, the minister informed, “Serbia produces 4.5 lakh tonne of apple per year, of which 2.5 lakh is exported and 20% of the apple is processed. About 40% of apple produced in Serbia is of reddish variety, which is popular in India. Serbia can help India enhance food production, especially development of apple orchards and other fruits. As a pilot project, Serbia will donate apple saplings and guide farmers of Himachal Pradesh and Kashmir through our instructors”, to start with.

The ambassador invited Indian investors to explore investment opportunities in Serbia with the assistance of the Development Agency of Serbia as already some Indian Investors are there.

In his welcome address, Mr. Vijay Kalantri, Vice Chairman, MVIRDC World Trade Center Mumbai (WTC) and President, All India Association of Industries (AIAI) said, “India and Serbia have huge scope to partner in diverse sectors as the current bilateral trade of USD 215 million does not reflect the true potential. The visit of India’s Vice President to Serbia last year has triggered interest among business communities from both the sides. This is the great time to explore bilateral partnership as Government of India is unleashing economic reforms. Although India’s economic growth slowed to 5% in last quarter, it is expected to recover in the following quarters. Agriculture and horticulture are the major focus sectors for bilateral cooperation.”

Mr. Kalantri suggested the Serbian delegation to donate apple saplings to farmers in Maharashtra and guide them on commercial development of orchards. He said, “Although Himachal Pradesh and Kashmir have favourable agro-climatic condition to grow apple, Maharashtra is also a potential cultivation state.”

More than 50 B2B meetings were held during networking. The deputy minister of Serbia led a delegation of business leaders from fruits, vegetables and other sectors of agriculture to explore potential partners in India. The event was attended by representatives from trade and industry, consular corps, film fraternity, consultancy organizations and other stakeholders. 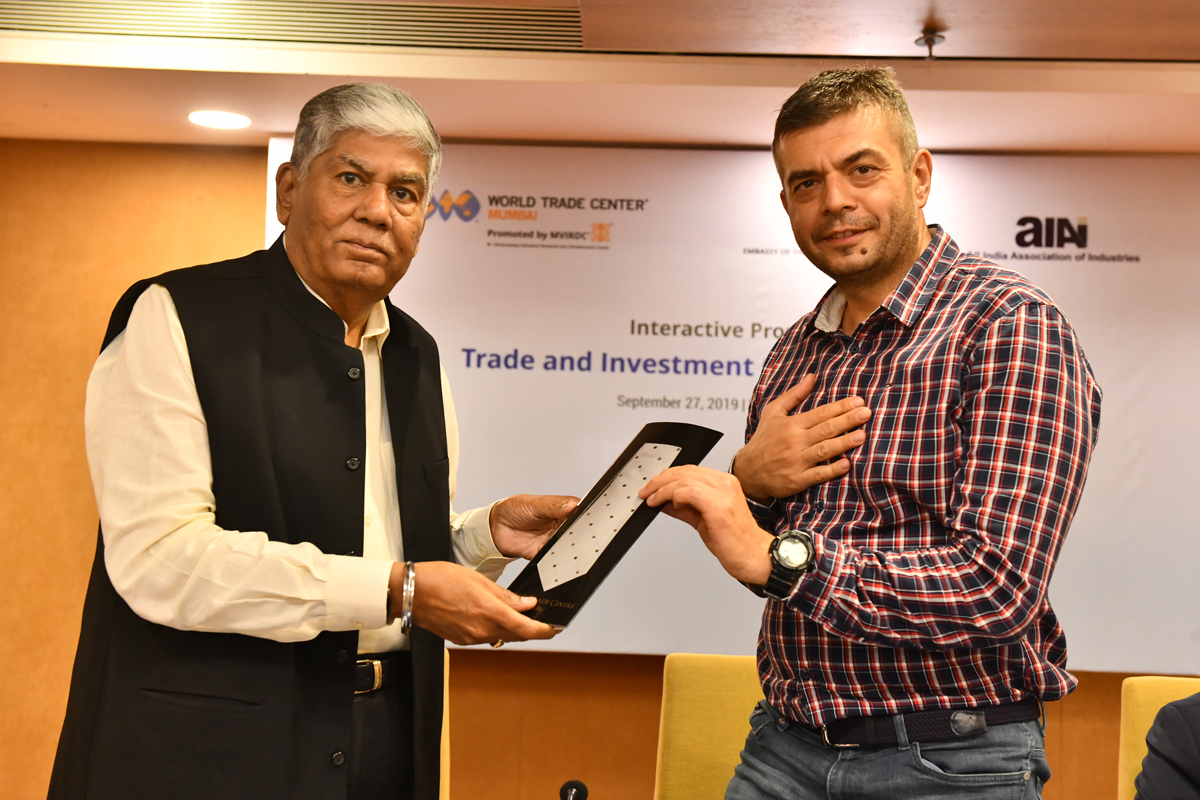