India exported USD 2.89 billion worth merchandise products to Canada in 2019, with an annual growth in value equivalent to 11% between 2015-2019. However, Canada had a share of less than 1% in India’s merchandise exports. Similarly, India had a share of just about 0.6% in Canada’s merchandise imports of USD 453 billion from the world in 2019. The two countries are negotiating a Comprehensive Economic Partnership Agreement and a Foreign Investment Promotion and Protection Agreement. It, therefore, becomes imperative to enrich our trade ties and boost our economic partnership.

Ms. Rupa Naik, Senior Director, MVIRDC World Trade Center (WTC) Mumbai suggests, “There is a dire need to enhance trade between the two nations and gain from our complementarities and competitive advantages. In order to recover from the COVID-19 economic shock, we need to improve our income prospects, which can come through trade. The US and the EU have recently struck a deal for reducing tariffs on certain products to improve market access between the two countries. India too should enter into such agreements to gain from trade”.

Products such as Medicaments consisting of mixed or unmixed products for therapeutic or prophylactic purposes, Semi-milled or wholly milled rice, whether or not polished or glazed, Articles of plastics and articles of other materials of heading 3901 to 3914, n.e.s, Heterocyclic compounds with nitrogen hetero-atom[s] only, Parts and accessories, for tractors, motor vehicles for the transport of ten or more persons, Articles of iron or steel, n.e.s. (excluding cast articles or articles of iron or steel wire), Turbojets of a thrust > 25 kN, and Grinding balls and similar articles for mills showed double-digit annual growth in value in India’s exports to Canada, between 2015-2019.

Whereas, India’s exports of products such as Line pipe of a kind used for oil or gas pipelines, having circular cross-sections, Oilcake and other solid residues, whether or not ground or in the form of pellets, Tubes, pipes and hollow profiles, welded, of circular cross-section, of iron or non-alloy steel, and Office machines, n.e.s. to Canada grew humongously, between 2015-2019. 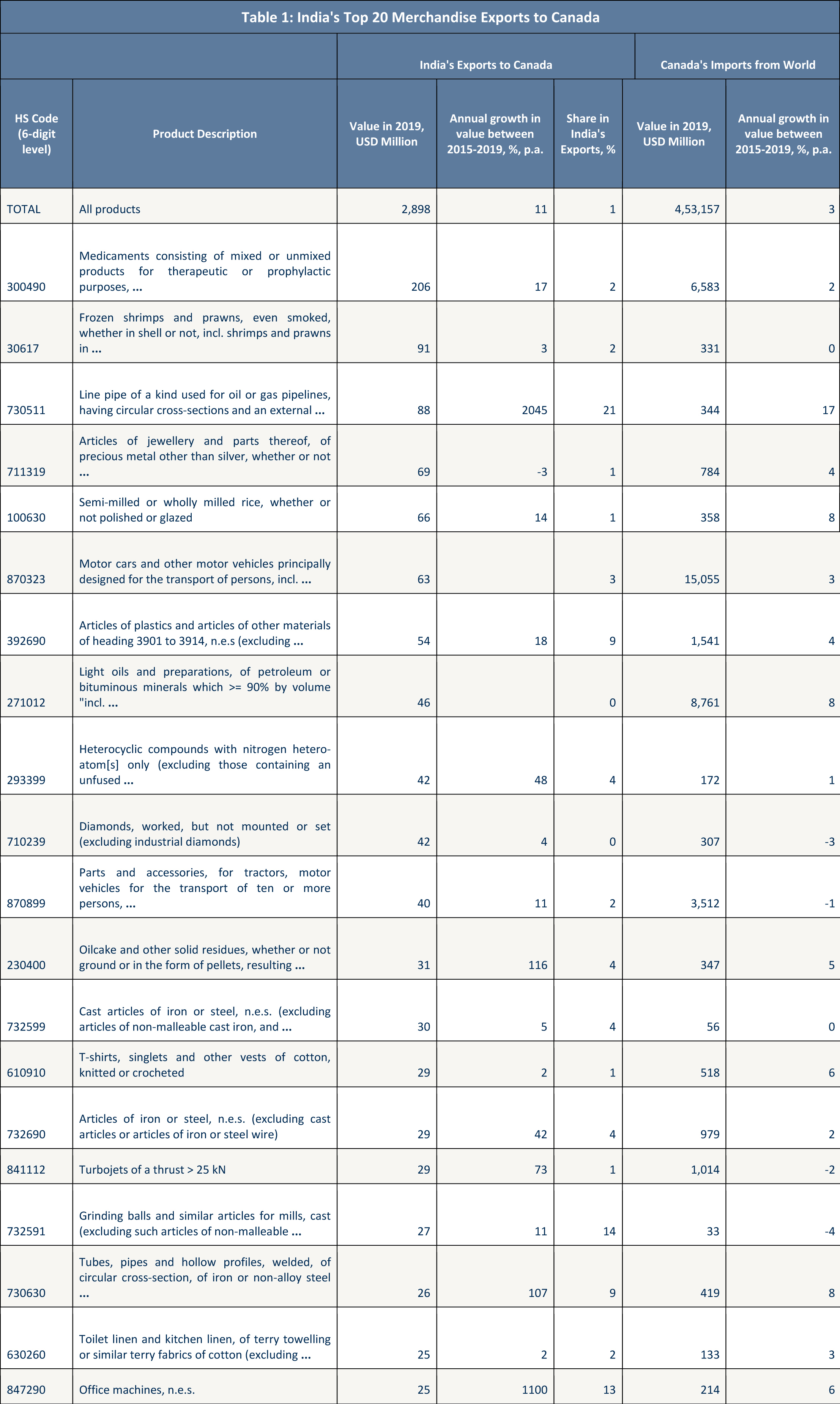 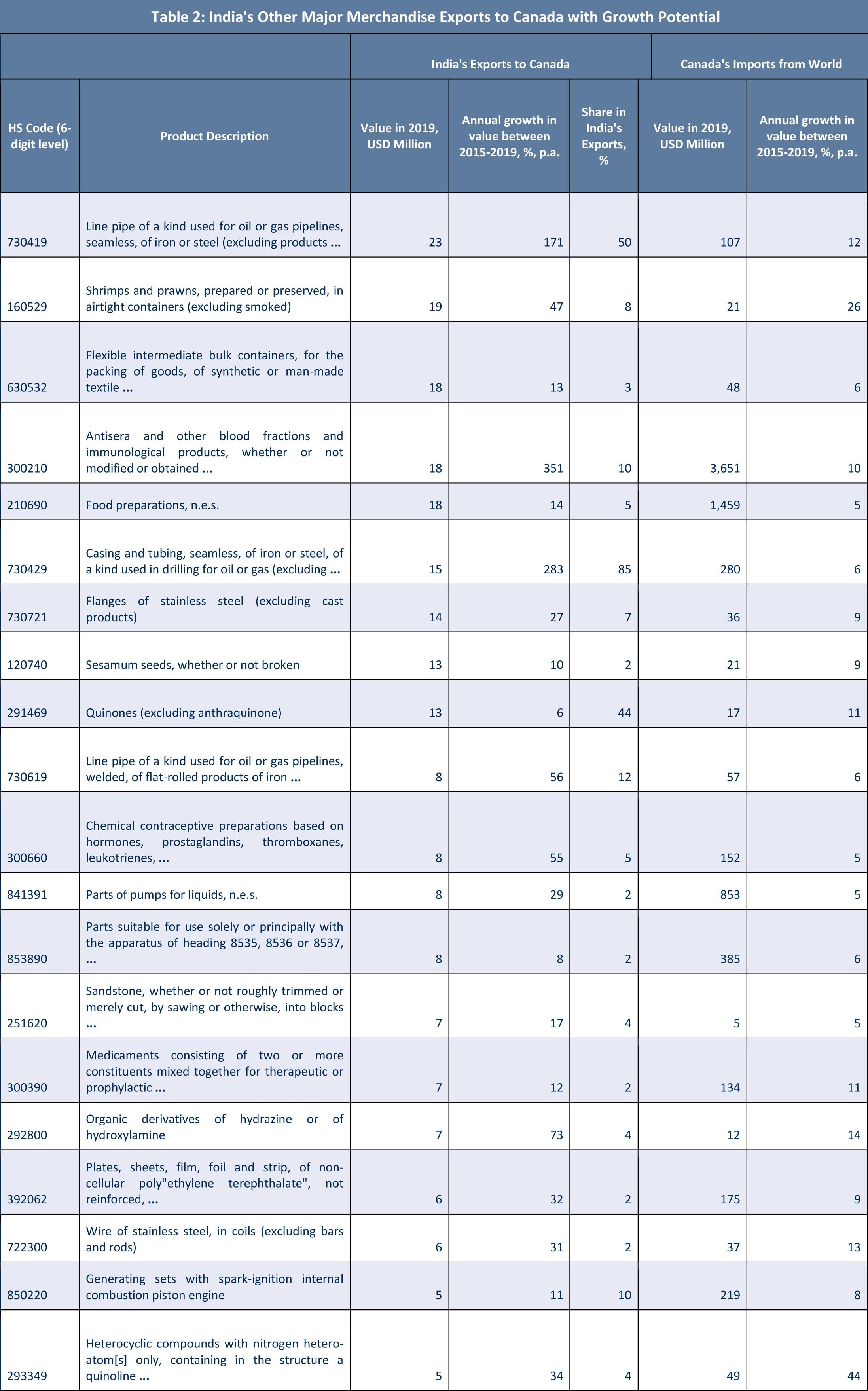