“The economically fast growing India and Uzbekistan, which is the most populous country of Central Asia, should collaborate to promote connectivity of central and South Asian regions. I am confident that the forthcoming international conference on "Central and South Asia: Regional Connectivity - Challenges and Opportunities", which is scheduled in Tashkent in July 2021, will promote the political dialogue to strengthen connectivity of the two regions,” said H.E. Mr. Dilshod Akhatov, Ambassador of the Republic of Uzbekistan to India at an interactive meeting with Mr. Vijay Kalantri, Honorary Consul of the Republic of Uzbekistan in India.

Civil aviation and air cargo transportation hold untapped potential for boosting connectivity between both the countries. Government of India proposes to open air corridors to Central Asian countries for transportation of fruits and vegetables, food and other agricultural products. According to Uzbek experts, charter cargo flights to India are possible from Tashkent, Navoi and other aviation hubs of Uzbekistan.

Amb. Mr Akhatov further remarked, “I am confident that the setting up of the Regional Center for the Development of Transport and Communication Interconnectivity, which is proposed by the President of Uzbekistan at the 75th session of the UN General Assembly, will provide the much needed momentum to this effort.”

The Ambassador invited Indian companies to explore investment and joint venture opportunities in chemical, medicines, textile, leather, information technology and telecommunications sectors in Uzbekistan. He pointed out, “Special attention is given to the implementation of joint projects with Indian companies in Uzbekistan's free economic zones, including seven pharmacological FEZs.”.

The Ambassador concluded his remarks by highlighting the recent cooperation between both the countries in fighting the raging pandemic. He said, “Since the outbreak of the pandemic Uzbekistan and India cooperated very closely in evacuating citizens stranded in the territories of both sides. India supplied to Uzbekistan critical medicines like Hydroxychloroquine in July last year. In its turn, Uzbekistan sent medical assistance to Delhi on 1st of May 2021 to fight the second wave of the pandemic.”

In his remarks, Mr. Kalantri pointed to the recent progress in bilateral economic relations. He informed, “Both the countries agreed to implement 50 investment projects worth USD 3 billion last year. India has also opened a credit line of USD 448 million for four development projects in Uzbekistan, including road construction, wastewater treatment and information technology.”

He added, “Today, there are more than 280 firms with Indian capital operating in Uzbekistan, and joint projects worth over USD 650 million are being realized. During the last four years, we have witnessed a considerable intensification of trade and economic cooperation with India. At the same time, the level of bilateral trade is low at USD 442.6 million in 2020 and we need sustained efforts to promote mutual trade and investment.”

Mr. Kalantri raised hope that the opening of the Uzbek-Indian trade center in New Delhi in 2017 and the establishment of the Uzbek-Indian Center for Entrepreneurship Development in Tashkent in 2018 will strengthen commercial ties. The Uzbek-Indian Committee for the Coordination and Promotion of Practical Implementation of Bilateral Projects, formed in 2019, is expected to strengthen state support for cooperation.

He noted India’s accession to the Ashgabat Agreement and the first trilateral meeting for joint use of Chabahar port in Iran as progressive moves to promote connectivity.

Mr Kalantri emphasised the need to strengthen ties among cities and regions of the two countries as it can promote cultural and tourist exchange and lead to overall socio-economic development of the territories of Uzbekistan. “We should extend the present cooperation between Agra and Samarkand to other cities of both the countries for exchange of trade and culture,” he opined.

There are significant prospects for cooperation in the areas of information technology, digital economy, education and culture, in which India has great potential and advantages, he remarked.

In a reflection of growing education ties, India’s Amiti University has opened its branch in Tashkent and Sharda University has presence in Andijan. Institute of the Academy of Sciences of Uzbekistan conducts joint research with research centers in Delhi, Mumbai and Pune, Mr Kalantri informed.

“Both the countries have signed e-visa facility to facilitate movement of people. Now, we need to promote co-production of films, greater exchange of cultural troops and joint holding of cultural fairs and exhibitions to strengthen bilateral ties,” he suggested. 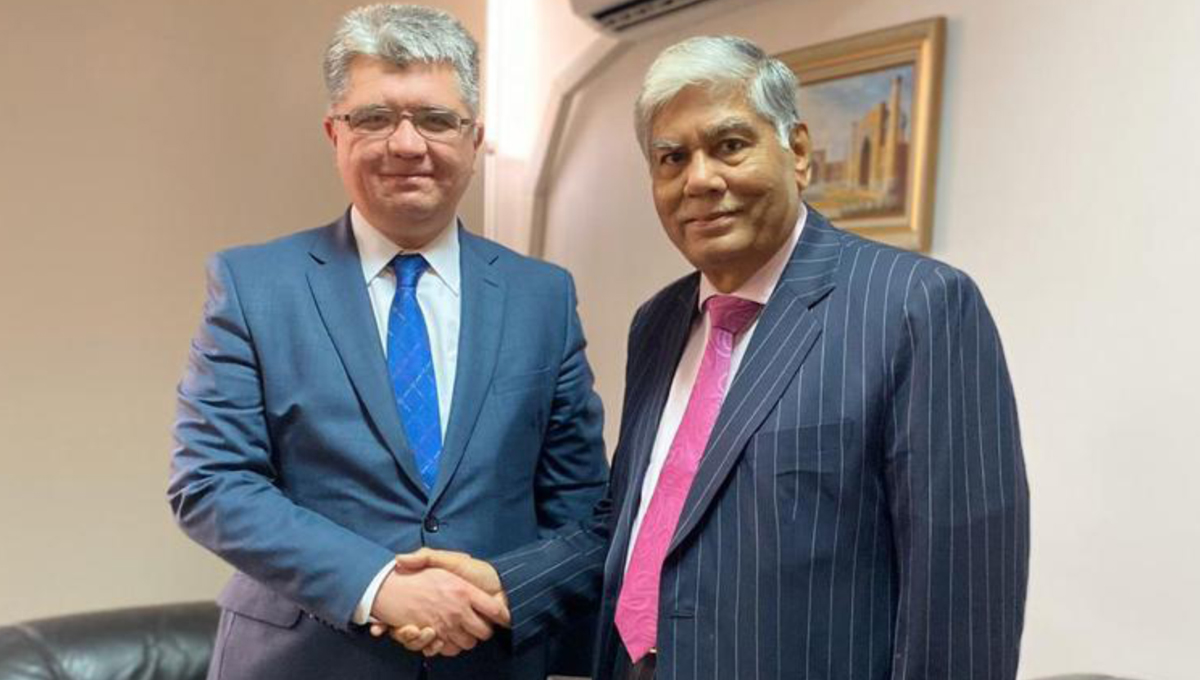