“Ryazan is one of the leading regions in Russia in giving government benefits to industry. The region is at the heart of one highway connecting South Asia to Europe and another highway connecting Russia to China, Mongolia and Kazakhstan. Ryazan has four federal railroads, two river ports and it is located within 200 km from three major airports. We invite Indian investors to explore our territory of accelerated social and economic development “Lesnoy”, which is spread across 300 hectare and the industrial site “Single-Industry Novomichurinsk” on 1,000 hectares,” said H. E. Mr. Nikolai Lyubimov, Governor of the Ryazan Region of the Russian Federation at an interactive meeting on ‘Business Opportunities in Russian Federation’. The event was jointly organised by WTC Mumbai, All India Association of Industries (AIAI), Business Development Agency of Ryazan region and Development Corporation of the Ryazan Region.

Speaking on this occasion, Mr. Aleksei Surovtsev, Consul General of the Russian Federation in Mumbai remarked, “India and Russia enjoy Special and Privileged Strategic Partnership, whose friendship is second to none. Russia extended a helping hand to India’s economic development at the crucial moment of history on the eve of Indian Independence. Since then, both the countries have worked shoulder to shoulder. The current western sanction on Russia offers a special opportunity for us to boost bilateral ties. I hope this event will lead to mutually beneficial partnership between India and the Ryazan province, which is picturesque, poetic and also the emerging center of industry and logistics.”

Earlier in his welcome remarks, Dr. Vijay Kalantri, Chairman, MVIRDC World Trade Center Mumbai said, “Russia and India cherish long standing relations and Russia is a dependable partner of India. In this circumstance of rising inflation, it is a major relief that India is able to source crude oil at low cost from Russia. The current level of bilateral trade is USD 16 billion, which is below the true potential. Both the countries may aim to double this to USD 30 billion by 2025 by adopting rupee-rouble trade and trading directly instead of through third parties.”

Speaking about the strategy to strengthen bilateral relation, Dr. Kalantri remarked, “Indian companies can make Russia a gateway to the CIS region and European Union. India, which is a major exporter of tea to Russia can also explore export of this commodity to the Ryazan region. Government of Maharashtra can explore sister-state relation with the Ryazan region and WTC Mumbai will take necessary steps to initiate dialogue in this regard. In the past, we have taken several trade delegations to Russia, signed MoUs with chambers of commerce in that country and also hosted cultural troops at the Russian Cultural Center in Mumbai.”

In her introductory remarks, Ms. Rupa Naik, Executive Director, MVIRDC WTC Mumbai invited industry from the Ryazan region to explore trade and business opportunities in Maharashtra, which is the most industrial state of India.

In her remarks, Ms. Lyubimova O.V., Director of JSC Corporation for the Development of the Ryazan Region explained the trade, investment and tourism potential of Ryazan region. She informed, “Ryazan is one of the oldest cities in Russia and it is the administrative, scientific, industrial and cultural center of the Ryazan region. I invite Indian investors to the largest industrial project in the history of our region, “Ryazansky”, which is more than 500 hectare large and it is equipped with ready infrastructure, convenient transport and logistics facilities. We also invite Indian investors to our two new projects, viz. Agro-industrial Park and Logistics park. The bilateral trade between India and Ryazan region is more than USD 500 million and a large part of this is export from Ryazan. Ryazan exports radar equipments, bitumen-based material products and semiconductors. India exports edible fats, oils, building materials, electrical equipment, leather treatment products and tea to Ryazan region.”

Explaining the potential for tourism and cultural cooperation, Ms. Lyubimova said, “Ryazan is almost 1000 years old and we have more than 3,000 archeological sites and eight towns with historical statues. The province is always buzzing with tourists who visit for medical tourism or for attending cultural, historical or sports events.

During the event, representatives of three companies from Ryazan region made presentation about their new product launches and key features of their products.

The interactive meeting was attended by more than 100 delegates representing various sectors of the economy and they engaged in fruitful B2B meetings with the visiting delegates from the Ryazan region. 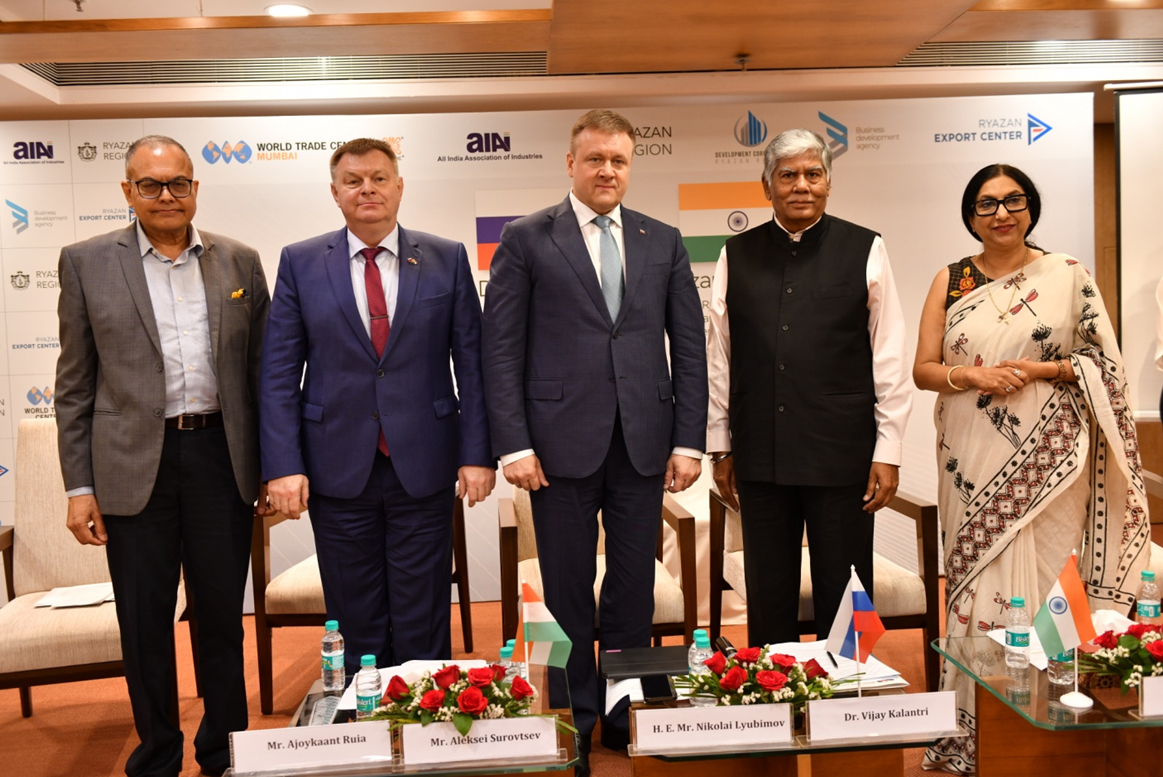 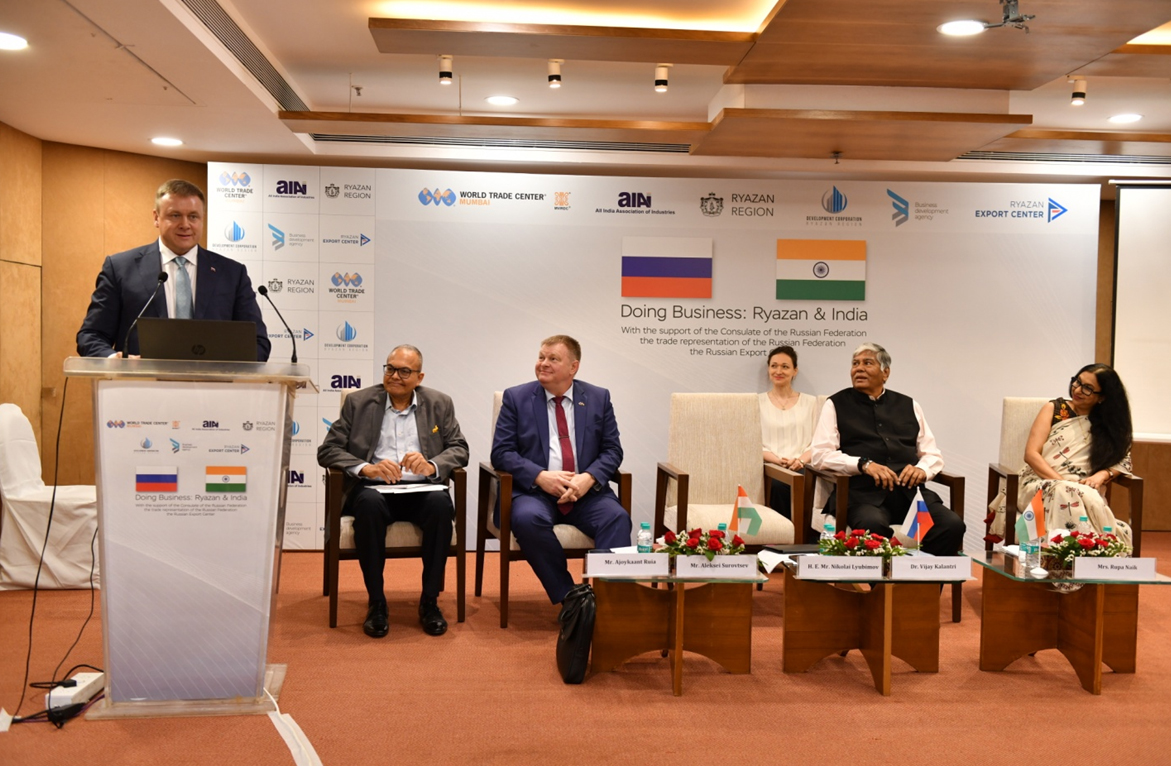