“My main objective of this visit is to connect business community of India and Colombia. Both the countries are not very far off geographically as we share same Pacific Ocean. We have many similarities in culture, tradition, music, democracy and other areas. Colombia is the third fastest growing economy in the world with GDP growth of 10.6% last year and we need the support of India in this growth journey and eradication of poverty. Colombia can be a gateway for Indian companies to America and other regions as we have signed free trade agreement with 18 countries, including USA, Singapore and countries in European Union, Pacific Alliance and MERCOSUR,” said H. E. Ms. Marina Pacheco, Ambassador of Colombia to India at an interactive meeting organised by MVIRDC World Trade Center Mumbai and All India Association of Industries (AIAI).

The ambassador remarked that the forthcoming visit of Colombian President H.E. Iván Duque to India in April 2022 will open new chapter in bilateral relations in areas energy security, joint production of vaccine, collaboration in electric vehicle, renewable energy and digital technologies, to name a few.

Ambassador Pacheco suggested Indian companies to set up operations in the special economic zones in Colombia and export to the rest of the world as the country is strategically located with access to Atlantic and Pacific Ocean, besides Panama canal.

Ambassador Pacheco raised hope that both the countries will soon enter into joint venture in pharmaceutical sector as Indian companies such as Serum Institute, Bharat Biotech, Genova Biotech and Biological E are exploring to set up fill-and-finish facility in Colombia for supply to the entire American Continent.

Speaking about bilateral ties in other sectors, the Ambassador mentioned, “Automobile, IT and ITeS, agrochemicals are some of the other areas where we have strong collaboration. India’s two wheeler firm Hero MotoCorp has one of the most successful operation outside India in Colombia. Mahindra & Mahindra is exploring the option to assemble tractors in Colombia. 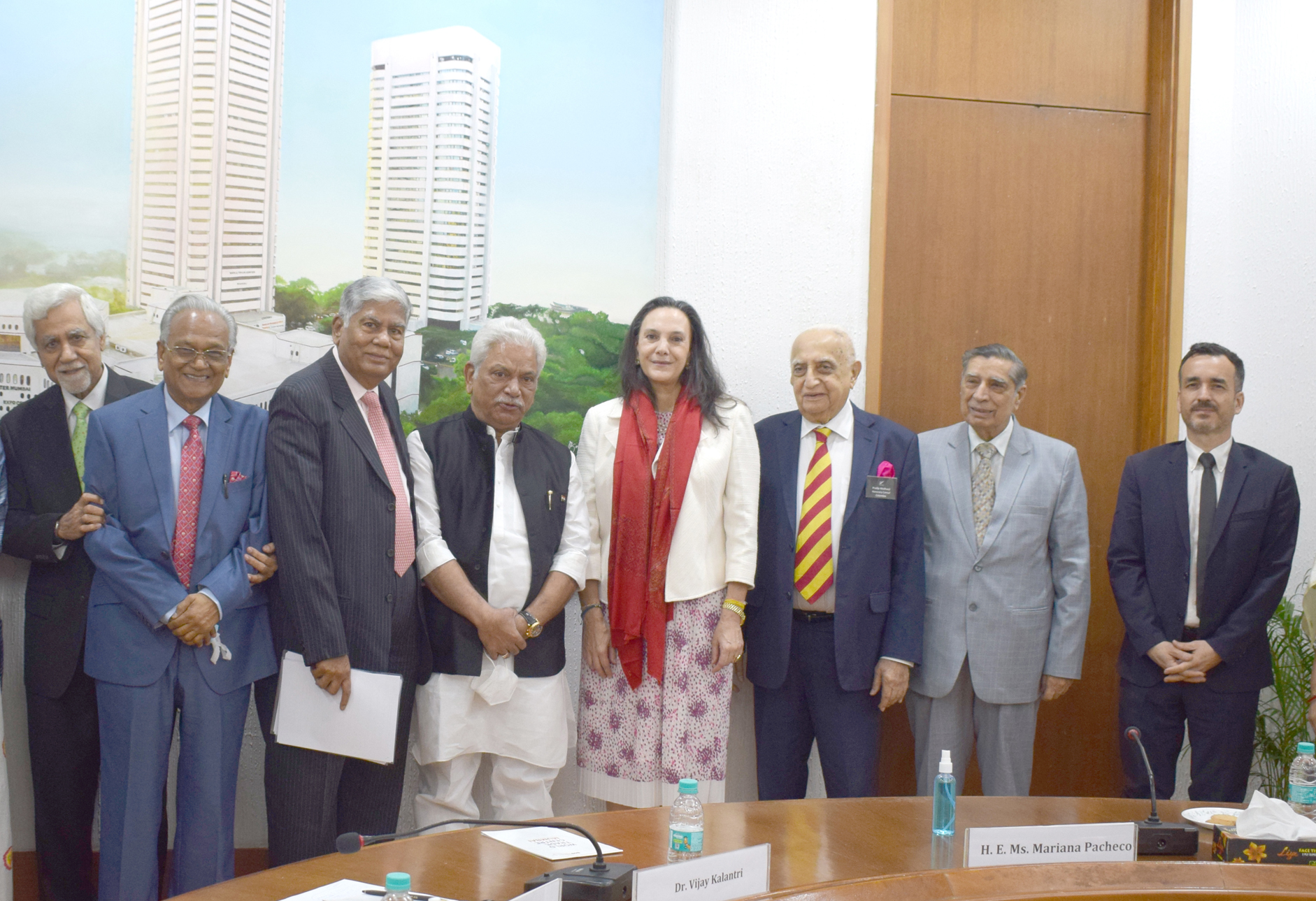 Earlier in his welcome remarks, Dr. Vijay Kalantri, Chairman, MVIRDC World Trade Center Mumbai said, “We are eagerly awaiting the visit of President of Colombia H.E. Iván Duque to Mumbai in April 2022. This is going to be one of the first visits of a top leader from the South American region to India this year and we hope both the countries will explore free trade agreement. So far this year (April 2021 -January 2022), bilateral trade has crossed USD 3 billion and I hope we can reach the target of USD 10 billion by 2030 with concerted efforts. Already, India is a favourable tourist destination for Colombians as the largest number of Indian visas is issued in Colombia among all Latin American countries.”

Speaking about areas of potential collaboration, Dr. Kalantri suggested, “Both the countries can work on emerging sectors such as electric vehicle, renewable energy, digital technologies, besides traditional sectors such as pharma, automobiles and agro chemicals. Already around 40 Indian companies have operation in Colombia and in future more companies can set up base in Colombia to enter the 220 million consumer market of the Pacific Alliance, which includes Columbia, Peru, Mexico and Chile.”

The meeting was attended by senior officials from EXIM Bank, IDBI Bank, former minister of health and protocol, Government of Maharashtra and members of trade & industry.